New Analysis by Boston Consulting Group Reveals That the COVID-19 Crisis May Have Brought Forward an Expected Decline in Demand for Fossil Fuels by More Than a Decade, Making a Return to the 2019 Peak Unlikely

While the short-term economic fallout of the global COVID-19 pandemic has already become visible, the crisis may have a significant long-term impact on global energy markets. recent research by Boston Consulting Group (BCG) suggests. Most notably, it may have brought forward an expected decline in demand for fossil fuels versus its peak last year, BCG’s report, titled Have We Passed Peak Demand for Fossil Fuels? says.

BCG analyses future energy demand and energy mix along three economic scenarios, representing V-, U-, and L-shaped recoveries. It sees it highly likely that the current crisis will significantly slow down the rise in global fossil fuel demand over the coming decade. Should slower economic recovery be accompanied with even a moderate acceleration in the transition from fossil fuels to renewables, as suggested by the “green recovery” measures currently introduced in many countries, demand would never recover to beyond 2019 levels.

In such a scenario, the impact would differ by commodity and by region. Coal is the fossil fuel least likely to recover, BCG expects. Meanwhile, demand for natural gas is likely to resume its growth path, and the trajectory for oil will put it somewhere between the other two. 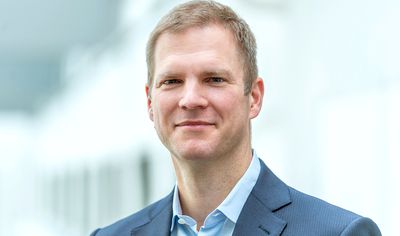 “We may have reached a critical turning point for energy markets. The economic impact of the coronavirus pandemic, decreasingly energy-intensive economic growth, and continued investments in sustainable energy, all three taken into account together, are hitting fossil fuel demand hard,” said Bogdan Belciu, Partner at BCG. “This would fundamentally change the reality for many energy companies much earlier than they expected,” added Belciu.

Depending on the recovery scenario, energy companies’ margins and capital market standing will come under pressure. They will need to reduce costs and increase resilience against a longer-term environment of low prices. At the same time, they will need to accelerate efforts to transform their business portfolios, operations, and investment.

In the fight against climate change, reaching the end of “peak fossil fuel” demand is no reason for complacency. “Peak demand for fossil fuels may be behind us, but not necessarily for the right reasons,” Mr. Belciu said. “If we do not fundamentally transform our economy, projected emissions will remain incompatible with a 1.5°C or 2°C global warming reduction path. A low-price environment for fossil fuels, meanwhile, will not make this transformation easier either.”