Claudiu Cazacu, XTB Romania: 2020, a year of great headwinds for the oil market 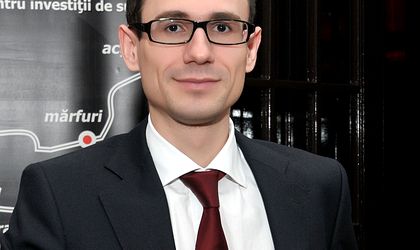 To understand where the price of oil is heading in the second half of the year but also in the medium and long term, Claudiu Cazacu, Strategy Consultant at XTB Romania, one of the largest derivatives brokers in the world and investment company listed on the Warsaw Stock Exchange, prepared a comprehensive analysis.

This year was one of great trials for oil market participants. Dramatic price declines of over 75% for Brent (traded mainly in London) and even situtions when prices reached negative levels for WTI (in the US) occurred in the conditions of an unsustainable accumulation of stocks during the lockdowns from spring. The comeback was spectacular: from a low of 16 USD/barrel, Brent went over 46 USD/barrel (recently its level was around 41) and WTI from -40 USD/barrel to 43 USD/barrel on Wednesday (4 p.m.) reaching 40 USD. Compared to the “adventure” from the first part of the year, the summer was relatively quiet, with fluctuations of less than 10 USD/barrel.

But what awaits us in the coming months? It is clear that, globally, the real economy has suffered profound distortions in the way it operates, and highly oil-consuming sectors, especially air transportation, are far behind previous levels. In fact, OPEC revised the expectations for this year’s demand, estimating a decrease of 9.5 million barrels per day compared to 2019, to 90.2 million barrels per day. Curbing activity in many urban centers and limiting discretionary mobility is still a relevant factor. On the other hand, a demand decrease of about 10% is lower than the more pessimistic scenarios from spring, and the weekly data of API (American Petroleum Institute) showed an unexpected reduction in stocks, by 9.5 million barrels, meaning a chance to balance the market, if the trend continues.

On the other side, the recovery of the Chinese economy (essential for the balance of the energy market) surprised favorably: the data showed a recovery in private consumption, which rose in August compared to 2019, for the first time after months of deep decline, while the imports of oil and derivated products reached record levels in the first 7 months. In addition, international freight volumes are few percent away from the January-February levels. 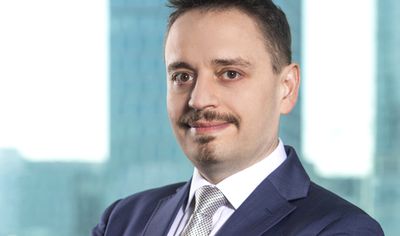 In the very short term, the evolution of Hurricane Sally should be watched as it closed certain refining capacities in the southern part of the USA. In the next period, the market is looking to rebalance. After using previously traded quantities, during low prices, and downward pressures may occur, especially if the general enthusiasm of investors, which also brought the stock markets to record levels, moderates. In the medium and long term, overcoming the pandemic-induced slowdown and cancelling or postponing investments this year could boost prices. Although the 30-35 USD/barrel area does not seem unattainable for Brent in the first phase, levels over the 50 USD benchmark are in the range of possibilities for the next year.

The natural gas market has had its own challenges in recent years: the downward trend has led to a remarkable reduction of the price on the US stock market, from almost 5 USD per 1 million BTU (MMBtu, or about 28.26 cubic meters) in November 2018 to 1.52 USD in June this year. Investments in shale oil fields in the USA also had the side effect of increasing the quantities of natural gas obtained, leading to an imbalance in the market. Natural gas is used for heating, in industry and chemistry, or in the production of electricity. Thus, the winter with average temperatures above normal also meant a reduction in demand. The summer months have restored the appetite for natural gas, as an energy source, including air conditioning, facilitating an appreciation of over 70% from the lows of June to the peak of August (2.74 USD). On Wednesday, at 5 p.m., the price was 2.29 USD. Although the short-term outlook is not very encouraging, beyond the temporary effects of stopping production under the influence of hurricanes, it is worth noting that, depending on the temperatures this winter, sudden episodes of cold can quickly stimulate the appetite for this fuel.

In the long run, natural gas can play an important role over the years, especially given the growing need to balance the production of electricity from renewable sources. Warren Buffett also provided a favorable view, indirectly in July, by acquiring the Dominion Energy’s natural gas storage and transportation assets worth 4 billion USD (10 billion USD including the debt).