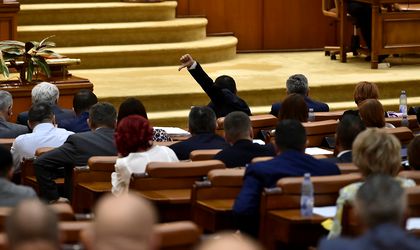 The owners of offshore petroleum concessions in Romania’s Black Sea has warned that the amendments passed by the Chamber of Deputies to the offshore gas law “will have a negative impact on the offshore oil and gas industry” and might discourage investments in the Black Sea.

The investors are worried by fiscal amendments in the new law that have been announced by PSD head Liviu Dragnea and later approved by MPs.

“The fact that we have put 50 percent of all production on bilateral contracts and 50 percent trading on the Romanian market means that Romania becomes one of the few countries in the world that become energetically independent. Also, zero overcharge could not be accepted, because you can’t get a Romanian state to get absolutely nothing,” said Dragnea during the debates in the Chamber of Deputies.

The draft bill was passed with 175 votes “for” and 30 “against”, while 30 MPs abstained from voting.

Dragnea, who is president of the Chamber of Deputies, claimed that the new draft bill could generates revenues of USD 40 billion for the state.

“Each cubic meter of gas extracted from the Black Sea will go into a highway or in a large infrastructure project in Romania,” said Dragnea.

The fiscal credit facility for oil companies developing offshore projects was scrapped. Another approved amendment limits the investment deductibility in the upstream segment to 60 percent of the additional income.

The amended version of the draft bill includes a tax on the additional income generated by companies from offshore projects.

The computation base of the tax is the sale price of oil companies with offshore operations based on the following price framework, adjusted annually after January 1 2019 based on the consumer price index.

The companies that have petroleum offshore concessions in the Romanian segment of the Black Sea are:

OMV Petrom and ExxonMobil in the Neptun Deep block

Lukoil, PanAtlantic Petroleum and Romgaz in the Trident perimeter

Black Sea Oil&Gas (BSOG) in the Midia and Pelican perimters

“Our Association considers that the stability and predictability of the Romanian legal environment and of the tax regime in particular during the entire concession contract period are an essential condition for the successful development of offshore hydrocarbon resources,” said the companies holding offshore concession rights.

The draft bill voted by the Chamber of Deputies was sent to president Klaus Iohannis to be signed into law.