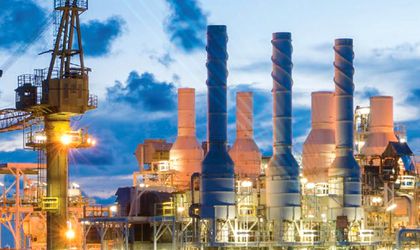 The latest version of the Offshore Law, voted by the Chamber of Deputies on October 24, affects the principle of stability, introduces new taxes, and imposes certain conditions on companies for how they sell their product, according to a statement from the Romanian Black Sea Offshore Concession Association (ARCOMN).

Petrolists have shown that in the past two years ARCOMN has participated in consultations with institutions of the Romanian state, with all relevant ministries, competent agencies and authorities, as well as the parliamentary committees involved in developing the offshore regulatory framework.

ARCOMN’s contribution was limited to highlighting key issues and industry-specific risks as well as international practices in this area. ARCOMN also presented the impact assessment of the proposed legislation on industry and the potential for new offshore investments in the Romanian Black Sea area.

“The importance of a stable and competitive fiscal framework, the establishment of a clear regulatory framework and the observance of the right to freely market their own gas production were the main messages that ARCOMN has consistently promoted during this period. October 24, 2018 marks the conclusion of the parliamentary review process with a new version of the law that affects the principle of stability, introduces new taxes and stipulates specific conditions on how to market production,” the press release said.

ARCOMN expects that after the release of the final version, each offshore investor will assess the impact of the law on its own business and the viability of any offshore investment opportunities.

“Over the past 10 years, more than USD 2 billion have been invested in exploration activities alone. Developing production facilities for new projects involves additional investments of several billion dollars,” the companies said.

Two weeks ago, the Chamber of Deputies’ plenary adopted the draft offshore law, which states that the sums owed by petroleum oil holders for offshore perimeters as a tax on additional revenue are collected in a special account used to finance and expand distribution networks natural gas and connections to the national natural gas transmission system, as well as for the financing of other investments.

Deputies also adopted an amendment by PNL, according to which the holders of the oil agreements under execution are subject to the specific tax regime for the exploration, development, exploitation and abandonment activities, based on the agreements existing at the date of entry into force of the normative act.

The most important resources are in the Neptun block, explored by ExxonMobil and OMV Petrom, where the first estimates show the existence of gas fields ranging between 42 and 84 billion cubic meters.

Immediately after the adoption of the Offshore Law in Parliament, OMV announced that it would postpone next year’s decision on the transition to the gas exploitation phase in the Neptun perimeter.