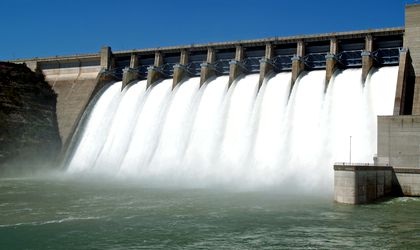 State-owned company Hidroelectrica, one of the largest energy producers in the country, is ready to list on the stock market, according to board president Bogdan Badea, who said that one of the problems the company is facing now is the fact that the Romanian Waters agency is planning to ask the company to pay a higher fee for milled water.

“The Romanian Waters agency has decided to increase our price by about 23 percent on water, which will affect not only Hidroelectrica, but also other producers, including coal and nuclear, telling us that they have higher costs. This for us means a total cost of RON 410 million, up from RON 334 million. So on the one hand, we are regulated to sell very little and at a very low price, well below the market price, and on the other hand, we have increasing costs in all areas,” said Bogdan Badea.

In this context, the company is no longer able to pay additional dividends.

“Based on its performance, Hidroelectrica has been able to grant additional dividends to shareholders over the last two years. Investment plans were not affected. As for the opportunities offered by the market in terms of diversification and listing – which we want in 2020 – it is no longer appropriate to issue additional dividends. We want to diversify our activities and our portfolio,” said Badea, referring to the fact that the company is interested in buying CEZ assets in Romania.

Furthermore, the effects of Emergency Ordinance 114, adopted by the government in December 2018, are growing the risk of Hidroelectrica becoming insolvent again, due to an order by the Energy Regulatory Authority (ANRE).

The problem is that nobody wants to carry out a thorough analysis of the energy system.

”It is very difficult for me, as a manager, to explain to shareholders – 80 percent of whom are represented by the Romanian state – why Hidroelectrica was forced to bear a loss of RON 189 million so far (unpaid money from the difference between the free market and regulated prices, Ed.), why we had to subsidise other companies. We are still talking about losses, but no one informs us of the cause of these losses. Was it a regulatory error? Was it a management error? Was it greed? We don’t know,” said Badea.

The ordinance was enforced overnight, but the deregulation was done in a year and a half, and the effects are still showing.

Hidroelectrica has proposed an investment plan of RON 5.5 billion over the next four years. Bogdan Badea noted that he would resume the project of the hydroelectric plant in Pascani, which had been abandoned, adding that technical solutions will be re-analysed.

“The project in Pascani was initially meant to be abandoned. As we re-analysed the technical solutions and the recalibration of the general project concept, we managed to comply with the estimated value that we shareholders had approved. As such, the contract will be signed in the coming weeks for the construction part of RON 140 million, then we will conclude negotiations with the other four partners regarding the hydromechanical equipment and the electrical elements,” said Bogdan Badea at the “Focus Energetic” conference.

An 11 MW power plant will be built in Pascani, and it requires the construction of accumulation dams as well as some new equipment. This year, the refurbished group 6 of 55 MW at the Stejaru hydroelectric plant will become operational.

“We are also in advanced negotiations with our subsidiary Hidroserv to contract upgrade services at the Dej power station, which is the next power station halfway down the Olt river. Basically, with this power plant, we are finalizing the upgrade of all the groups in that facility,” said Badea.

At Racovita, the works on the 3,200-meter Poiana Marului adduction will be resumed, after they were stopped during the insolvency period.

“In addition, we are in the bidding phase with the Vidraru refurbishment, and we have five bidders. It is a procurement procedure that involves negotiating technical and financial solutions. It is a project worth over EUR 80 million that we hope to finalise by the end of this year,” said Bogdan Badea.

For 2019, the company has planned investments worth RON 532.03 million. Hidroelectrica estimates total revenues of RON 3.51 billion for this year, at a net profit of almost RON 824 million. Hidroelectrica has about 3,500 employees. The company is controlled by the Romanian state, with a stake of 80 percent, through the Energy Ministry, and the other shareholder is Fondul Proprietatea. The company operates 208 plants, with a total installed power of 6,444 MW.