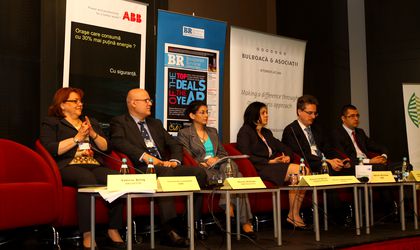 Wind is still the most popular clean source in Romania’s renewable sector, recently climbing to 1,222 MW of installed capacity, but there is a window of opportunity for photo-voltaic this year, according to specialists who attended the third edition of Focus on Renewable, organized last week by BR.

At present, Romania is perceived as the country with the friendliest support scheme for renewable energy, according to Valeriu Binig, director of financial advisory services, energy & resources and corporate finance, at Deloitte consultancy. The prices of green certificates (GC) have a minimum limit of EUR 27 per GC in order to protect producers, while the ceiling is EUR 55 per GC to protect consumers. Solar power is granted six GC for every generated MW, biomass three, wind two, while small-hydro has been allotted one or two.

The largest share of wind projects are located in Dobrogea (south Romania), totaling 1,100 MW, but the Moldova and Banat regions are also starting to attract investments according to Octavia Unguroiu, energy manager, market monitorization, at Transelectrica, the grid operator.

This April, 10,458 MW of wind capacities received grid connection contracts, while 9,416 MW received grid connection technical permits (ATR), although an additional 15,000 MW of installed wind capacities are at the solution study level, according to Unguroiu.  Meanwhile, photo-voltaic is trailing with 299 MW in contracts and 453 MW in ATR. “We have conducted project studies for 30,000 MW in wind and 6,000 MW in solar,” said Carmencita Constantin, director of the energy & environment division at the Institute of Energy Studies and Development (ISPE).

Around 13, 500 MW of new installed capacities are needed in the energy system in the next 25 years, in order to replace the outdated ones, according to Constantin.

The system needs to be protected from instability when the wind stops blowing, warned Horea Harsan, executive director at ABB Romania, which provides power and automation technologies.

“The critical elements are the new generation capacities in sources like gas and hydro and new transportation lines,” said Harsan.

Transelectrica needs around EUR 500 million to boost the electricity transportation network, but developers could assist the grid operator in enhancing the infrastructure, which could also help advance the renewable energy market in a sustainable manner, according to specialists.

Adrian Borotea, corporate affairs director at CEZ, the utility firm, said the wind capacity in Romania could jump to 4,000 MW in the coming years, but transporting power output from Dobrogea poses a challenge, due to the concentration of wind projects there.

“In the ATR stage, investments in power lines and infrastructure should be demanded by developers,” said Borotea.

Czech utility CEZ will complete a 600 MW wind park located in Cogealac and Fantanele (in the Dobrogea area) this year, following an investment of around EUR 1.2 billion.

Law 220, which promotes the generation of electricity from renewable sources, was adopted in 2008, but the green certificate support scheme was only approved last November through Ordinance Number 88, which intensified activity in the green sector. However, Order Number 6 approved by ANRE, the energy regulator, which may cut the number of GCs in certain technologies, could send investors and banks back to the negotiation table.

“This order led to a freeze of transactions on the market and to mistrust in the legal predictability of Romania,” said Ionel David, public affairs manager at the Romanian Wind Energy Association.

Investors in the renewable sector should also be aware of overcompensation, when the Internal Return Rate (IRR), drawn up using the costs and revenue of producers and ANRE forecasts, exceeds 10 percent of the average rate for a certain technology, according to Cosmin Stavaru, partner at law firm Bulboaca & Asociatii. ANRE will conduct the first analysis this semester and if overcompensation is found it will suggest the government issues a decision to reduce GCs for a technology. This would impact capacities that start generation in 2013.

Silvia Vlasceanu, general director at the Association of Energy Utilities (ACUE), said that Order 88 should be accepted the way it is at present, although amendments have been put forward to the Chamber of Parliament to keep the support scheme in its current form through to 2016.

Despite the crisis, legislation has been passed at a slow rate, and most of the risks remain on the investors’ side, according to Lucian Boghiu, president of ENOL Group, a power supplier.

Nicolae Olariu, president at SUN-E, the association of energy efficiency and renewable energy sources, said around 10,000 hectares of marginal land has been identified across Romania, which could be used to develop renewable energy projects.

Investors willing to take out loans from banks should be ready to secure long-term Power Purchase Agreements (PPAs) and also receive green certificates in order to increase their chances of getting money from financial institutions, according to banking representatives.

Ioana Gherghiade, project finance director at BCR, said the renewable market has reached maturity and the lender is now contacted by final investors, whereas some years ago developers were the main actors. She said the contribution from the investor or sponsor is crucial.

“There is a minimum expectation of 30 percent contribution in wind and more in solar, due to legal risk,” said Gherghiade. Moreover, the sponsor has to pay for the technical and legal due diligence.

Gabriel Mihai, corporate director at UniCredit Leasing, said wind has been the star of implementation but 2012 represents a window of opportunity for solar. Mihai said environmental permits needed for renewable projects are sometimes obtained quite easily and projects from micro-hydro sources, biogas and biomass have started to emerge on the market.