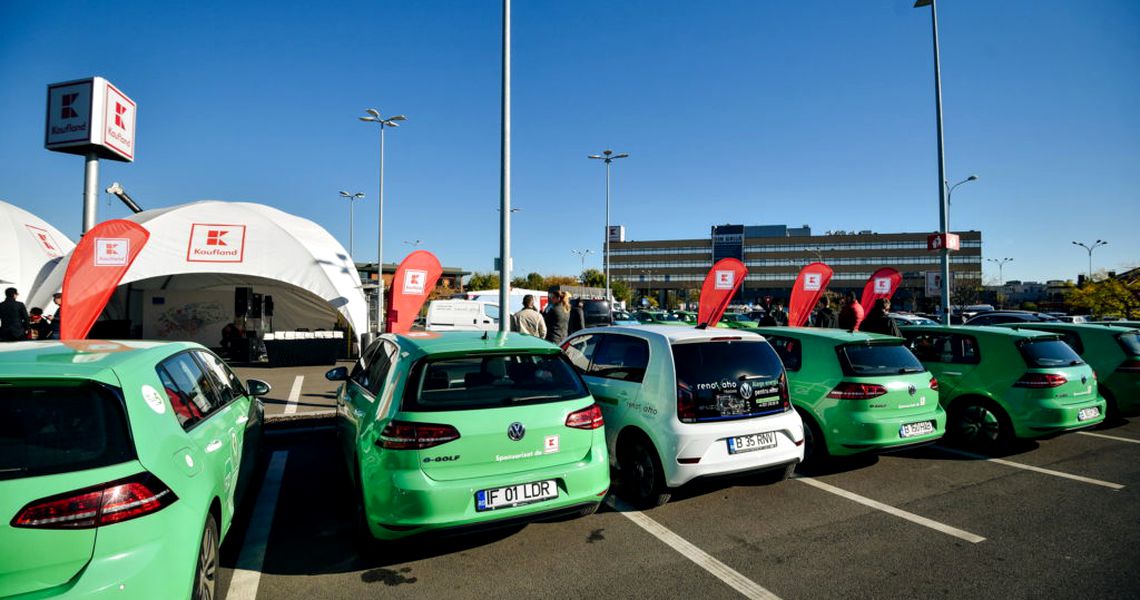 Kaufland Romania and Renovatio Group have inaugurated the first fast charging hub for electric cars in Romania and Eastern Europe, located in the parking lot of the Kaufland store on 120-144, Barbu Vacarescu Street in Bucharest.

The hub allows the simultaneous charging of 6 electric vehicles. The novelty and its main benefit is the fact that 3 of them will be charging fast, at a maximum power of 50 kW. This way, most of the electric models on the Romanian market will be able to reach 80 percent battery capacity in less than an hour. Alongside the fast charging there are also 3 semi-fast charging points, with a power of 22 kW.

Moreover, the stations in the hub are compatible with all 100 percent electric vehicles and hybrid plug-ins, they are open non-stop and all the charging costs are fully supported by Kaufland Romania.

“Our mission is to prove that taking care of the environment is not complicated. We support the project because of our desire to encourage the use of electric cars, as an eco-friendly way of driving. It is not our first initiative in this regard. In 2016, alongside Renovatio, we launched the first electric car fast charging public stations network in Romania, which were free for everybody. In 2018, we reached over 20 locations in our parking lots, offering a better autonomy on the move. We believe that through these efforts we will inspire more people to be eco-friendly. The responsibility towards the environment was and will always be on our agenda as a core part of our way of doing business,” said Valer Hancas, Communications and Corporate Affairs Director at Kaufland Romania.

As caring for the environment is a priority for Kaufland, over 95 percent of the energy used in its stores, as well as for the electric car charging stations, comes from renewable sources. The Renovatio e-charge network currently has 92 charging points in 38 locations, of which 62 charging points are installed in 23 Kaufland locations.

“Creating charging hubs for electric vehicles is part of the Renovatio’s strategy of developing the urban infrastructure in big cities. This is our way of trying to cover the needs of those who are working in at a fast pace, for whom the reduced charging times are a priority. The infrastructure of the charging stations in the transit areas is as important as the ones in the urban zones for the stimulation of the mass adoption of electric vehicles. Through the FastSEE project, co-financed by the European Union through the CEF Transport program, Renovatio will cover with the fast and ultra-fast charging stations two of the main corridors of the TEN-T pan-European transport network that transits our country until the end of 2020. Many of the locations are chosen on the basis of the the partnership with Kaufland Romania. The 53 fast charging stations will be placed at a maximum distance of 80 km one from another, while the 3 ultra-fast charging stations will be installed in Timisoara, Sibiu and Bucharest,” said Alexandru Teodorescu, Managing Partner Renovatio Group.

At the end of the event, over 20 electric cars, led by the first electric car rally in Romania, presented a spectacular tour that started in the Kaufland parking lot and passed through the streets of Bucharest. According to official statistics, over 1,000 full-electric cars are currently registered in Romania.