Ateliere Fara Frontiere draws attention to the accountability for the collection, recycling and reuse of WEEE 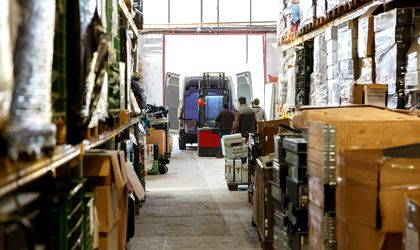 Environmental responsibility is learned and educated through public awareness campaigns, held each year. And when it comes to electrical and electronic waste (WEEE), any consumer has the duty to find out about everything that collection and recycling involves, but also the reuse of WEEE, a market segment that is underdeveloped in Romania. Hence the concern of the Ateliere Fără Frontiere association(AFF) to actively participate in programs and projects designed to stimulate the desire of Romanians to become more attentive in this direction.

“WEEE contains many toxic, environmentally harmful substances. The population does not have enough information, it does not have the possibility to get rid of it responsibly. More campaigns are needed, a system of collection points for the population and organizations or companies that generate certain amounts of WEEE. In most Romanian cities, the collection from the population is not done correctly, and some of this waste may end up in nature “, details Damien Thiery, CEO of Ateliere Fără Frontiere.

In all this market crash, the good news is that some of the collected products in the “electrical and electronic” category can be prepared for reuse, which translates into zero environmental impact compared to recycling.

“Preparing for re-use can create green jobs in social inclusion enterprises, such as those similar to AFF. According to data collected by RREUSE (International Network of Social Enterprises Active in Waste Reuse), these companies create an average of 70 jobs per 1,000 tons collected for reuse “, adds Damien Thiery, who also mentions a pilot calculation project of the reduction of the CO2 footprint, initiated by AFF, following an investment of 15,000 euros, estimated to be amortized in about a year or a little more. The project is also intended for the organization of waste flows and their reporting and will be free for six months for all interested.

The latest data reported by the National Agency for Environmental Protection refers to 2019, when 87,623 tons of WEEE were collected. Moreover, the separate WEEE collection target, calculated as a percentage of the average amount of electronic and household appliances placed on the market in previous years, is 65% in 2022, a target similar to that of 2021, but not achieved. At least that’s what the preliminary information presented at last year’s Green Report conference shows, according to which the percentage was only 33%, meaning the collection of about 100,000 tons of WEEE. In other words, the collection this year should be twice as much to reach the proposed target.

From 2019, EU countries must reach a minimum collection rate of 65% from the total WEEE , based on the average weight of electrical and electronic equipment placed on the market in the last three years (before 2019) or, alternatively, 85% of WEEE generated in the territory of that country. At European level, 12 million tons of WEEE were generated in 2019, meaning 16.2 kg per capita.