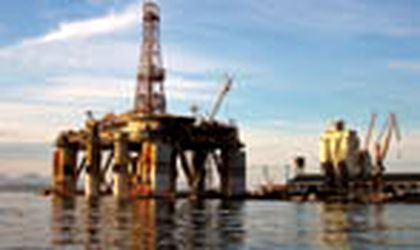 Domino-1, the first deepwater exploration well, which was jointly set up by ExxonMobil and OMV Petrom in late 2011, has encountered the first natural gas deposits in the Romanian sector of the Black Sea. However, it is too early to say if the discovery proves to be commercial or not.

The well is located in the Neptun Block, 170 kilometers offshore Romania, in water about 1,000 meters deep. Drilling works are ongoing and the total depth of the well will exceed 3,000 meters below sea level.

The Neptun Block covers an area of approximately 9,900 square km in water depths ranging from 50 meters to 1,700 meters.

OMV Petrom and ExxonMobil Exploration and Production Romania Limited signed an agreement in November 2008 for ExxonMobil to acquire a 50 percent stake in the deep water portion of the Neptun Block. Since then, the two companies have worked closely together to acquire 3D seismic and evaluate the block’s hydrocarbon potential.

Between 2009 and 2010, OMV Petrom and ExxonMobil acquired more than 3,000 square kilometers of 3D seismic data of the Neptun Block.