Energy minister: Miners enrolling in professional reconversion courses will be able to work in wind farms within 6 months

Romanian Energy minister Anton Anton said that any miner can undergo professional reconversion and be able to start working as a wind farm technician within six months, through courses offered by the Training and Professional Reconversion Academy for Renewable Sources and Electricity Distribution, Agerpres reports.

The minister on Wednesday visited the Fantanele-Cogealac wind park, which is operated by CEZ Group. During the visit, he spoke about the launch of the professional reconversion project for miners in Jiului Valley, which aims to train 5,000 miners to begin working in wind energy production and electricity distribution.

The project includes the opening of a training academy for professional reconversion, which would hold courses in Targu Jiu and Craiova. The centres would train about 500 technicians per year for 10 years, in addition to the 3,000 people who will specialize in electricity distribution.

According to the project, the academy would allow miners to work in installing, operating and maintaining renewable energy facilities.

“The energy transition mapped out by Europe must be done at a pace that won’t affect states’ energy security, nor the lives of those involved in the production of coal-based energy. We are responsible for the future of those who today depend on mining. Jiului Valley is one of the areas included in the Platform for Coal Regions in Transition and I think that miners’ skills are easy to transfer to the renewable energy sector. The programme will provide advanced training in the electrical, mechanical and hydraulic fields. This is one of the most ample professional reconversion  programmes with immediate results: employment after graduation. The programme is designed so that any miner will be able to work in one of Romaina’s wind parks in a maximum of six months of training,” said Energy minister Anton Anton. 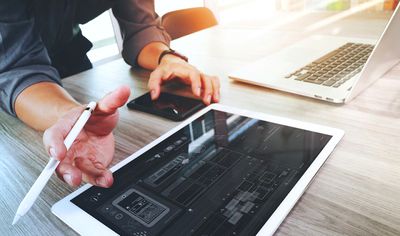 The academy is the result of a collaboration protocol signed by the Energy Minister, the Romanian Wind Energy Association, Monsoon Operations, Distributie Energie Oltenia (part of CEZ Group Romania) and the University of Petrosani. The project will be financed thorugh the Modernisation Fund.