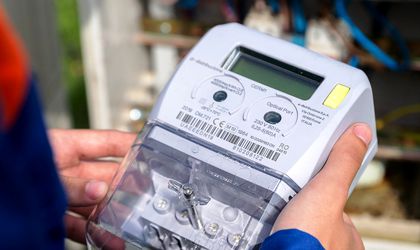 “Intelligent meters will lay the foundations for future smart grids that are defining to meet the challenges of energy transition, promoting the development of clean, sustainable and efficient energy systems,” said Gino Celentano, Managing Director E-Distribution Muntenia, E-Distribution Dobrogea and E-Distribution Banat. “We continue to take advantage of Enel’s vast international experience in digital technologies to install smart meters in all regions served by E-Distribution companies to further improve our quality of service and bring more benefits to our customers.”

The program for installing smart meters by E-Distribution companies will be implemented according to the plan approved by the National Authority for Energy Regulation (ANRE).

The implementation plan, as well as the 4 previous projects, based on which over 500,000 smart meters have already been installed, are part of Enel’s medium-term strategy of installing smart meters for the entire 2.9 million customer base of the company in Romania.

Thus, another 171,000 customers will benefits of intelligent metering of electricity consumption, such as remote meter reading, replacing field readings and consumption estimates, giving customers more information about their consumption profile . Smart meters can also communicate with the real-time distributor, allowing for easier identification of network failures, so that the company can intervene faster and more efficiently, improving the quality of networks and services. In the case of the use of renewable energy sources, the meter will be able to record both the energy consumed and the energy injected into the network.

Also, as a result of extensive investment programs in network modernization, the quality of services has significantly improved, with E-Distribution companies being among the top performers of power distribution in Romania. According to ANRE official reports for 2017, the SAIDI for E-Distribution Muntenia index was 145 minutes, the highest performing in the country, the national average being 283.9 minutes. E-Distribution Dobrogea and Banat also had performances below the national average, with the SAIDI index of 185 minutes and 259 minutes, respectively.

Property investment market in H1 in Romania still increased with 21 percent, despite...

Cushman & Wakefield Echinox: Developers have a pipeline of 100,000 sqm of offices...