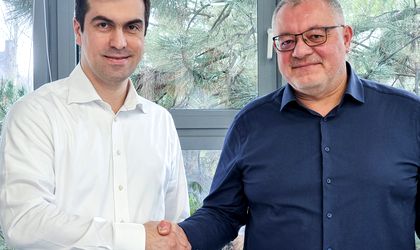 After a thorough tender process, Electromontaj has been declared winner and signed the contract for the design and construction of the infrastructure for the largest wind farm in Moldova, Ruginoasa village, an investment of DTEK Renewables International & Moldova Eolian.

The works that are the subject of this contract are: the 35 kV underground power line network necessary to collect the energy from the generators to the SEN (National Energy System) connection station, the foundations for the ten wind turbines that will be installed as part of this project, the platforms for storing the equipment, the platforms for mounting the high-tonnage cranes that will install the turbines on the site, as well as the access and internal roads of the wind farm: both the temporary ones that will allow the component elements of the turbines to be brought in, as well as the permanent roads that will be used for the operation and maintenance of the equipment throughout the lifetime of the installation.

Emfor Montaj, a company part of Electromontaj group, will also participate in the development of the project, as a subcontractor. 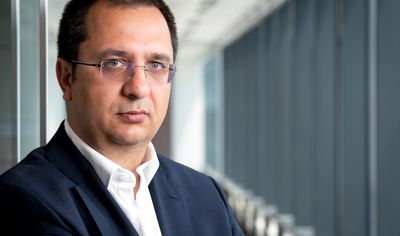 The wind farm from Ruginoasa covers an area of approximately 23 ha. The wind power plant will have an installed capacity of 60 MW and once completed will deliver a considerable amount of energy to the National Energy System, approximately 150,000 MWh/year.

The Electromontaj works are scheduled to be completed in record time, until September 2023.

“We are happy to start the year with a new project in the area of renewable energy. It is a partnership that honors us and demonstrates once again Electromontaj’s ability to support the transition to a sustainable future. Putting into operation the new wind energy production capacity in the Ruginoasa park brings in a special value against the background of the current energy crisis.”- Ionuț Tănăsoaica, Electromontaj CEO.

“We are delighted to be partnering with Electromontaj. The Ruginoasa windfarm is an important part of the growth in our renewable generation portfolio in Romania, and we are confident that Electromontaj,  as one of the largest and most experienced  construction companies in Romania, can help make the project a success.”, said John Stuart, CEO of DTEK Renewables International.

Currently, Electromontaj has ongoing projects, both in the country and internationally: the 440 kV Overhead Electric Line (OHL) double circuit Gutinaș-Smârdan, the 440 kV OHL Portile de Fier – Anina – Reșita, the transition to the voltage from 220kV to 440kV of the Portile de Fier axis – Reșita – Timisoara – Sacalaz – Arad, re-conduction of the 220 kV Stejaru – Fântânele – Gheorghieni LEA, the connection of the 400 kV Isaccea Varna LEA and the 400 kV Isaccea Dobrudja OHL to the 400 kV Medgidia Sud station and the final stages of 400 kV OHL Cernavodă-Stâlpu, a project in which Electromontaj designed, built and installed the highest high-voltage transmission towers in Romania, the modernization of the 380 kV OHL Krimpen aan den Ijssel – Geertruidenberg in the Netherlands.

In 2022, projects were completed in Bulgaria, Greece and the Netherlands, and a branch was opened in the Republic of Moldova for projects that will be carried out there.

Emfor Montaj is construction company, part of the Electromontaj group, specialized in civil engineering works of classic and bored pile foundations, soil investigations and and construction of service roads and buildings.

Electromontaj announces the intention of an economic partnership with Hidroconstrucția