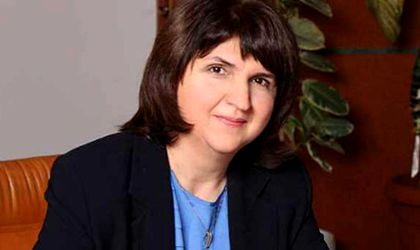 In 2019, Electrica Group achieved a consolidated net profit of RON 207 million, 71.2% up compared to the budgeted value for 2019, respectively 10.3% less than in 2018, based on the audited consolidated financial statements. The consolidated net profit registered in 2019 decreased compared to the level of the previous year, although EBITDA recorded a 5.5% growth, mainly due to the increase in depreciation and amortization expenses, as well as to the increase in net finance costs.

The Board of Directors of Electrica SA endorsed and will submit for the approval of the Ordinary General Meeting of Shareholders on 29 April 2019 the proposal to distribute a gross dividend of RON 0.7248/share from the standalone profit of 2019.

The total gross value of dividends is RON 246.1 million, representing a percentage of 100% of the standalone net profit after deduction of the legal reserve, established based on the audited standalone financial statements of Electrica S.A. for 2019. The yield of the proposed dividend is 7.18%, taking into account the closing price of the shares at BSE on March 3, 2019*).

In 2019, Electrica SA achieved a standalone net profit of RON 258 million, 31.9% up from the budgeted value for 2019, respectively 13.5% lower compared to the level of 2018, based on the standalone audited financial statements.

In 2019, Electrica Group’s EBITDA amounted to RON 718 million, 5.5% up from the level of RON 681 million registered in the previous year. The EBITDA growth was mainly generated by the distribution segment, which registered an increase of RON 74 million, respectively 13.9% compared to the previous year’s level.

The total operating revenues of Electrica Group amounted to RON 6.440 million in 2019, representing an increase of 11.5% compared to 2018. In the supply segment, revenues were higher by 19.4%, in the context of rising electricity sales prices by 7.6% and increase of the quantity supplied on the retail market by 8.3%, the development of the natural gas supply activity and the increase in revenues from green certificates, the latter having a neutral impact on the supply margin.

Regarding the distribution segment, revenues were 0.1% higher, mainly as a result of a slight increase in the quantity distributed, by 0.4% on average.

In 2019, the distribution operators within Electrica Group made and commissioned investments representing 99.8% of the assumed annual plan value, of RON 612.5 million.

As a result of the investment efforts, but also of the operational measures plans carried out by the distribution companies within the Group, these reached the network losses targets (CPT) at the medium and low voltage levels, compared to the reprojected target values of ANRE for the year 2019.

The distribution operators within the Group distributed about 40% of the total electricity distributed at national level to end-users.

The Board of Directors submitted the budget proposal for the year 2020 to be approved by the Ordinary General Meeting of Shareholders scheduled on 29 April 2020.

Statement of Corina Popescu, CEO Electrica SA: “As we all already know, 2019 has been a very difficult year, full of challenges for the energy industry and beyond. 2019 also marked the beginning of a new regulatory period, which brought significant changes. The significant changes of the legislative and regulatory framework have had visible effects on the business, and the costs with the purchase of electricity have increased by approximately 25%. However, through a remarkable team effort, Electrica Group registered a higher consolidated net profit by over 71% compared to the budgeted amount for 2019.

The standalone net profit ensures a stable dividend per share and an attractive dividend yield of over 7%, in line with the level with which we have accustomed our shareholders.

At the end of last year, we launched the Strategy of Electrica Group for the period 2019-2023, which is already in the implementation phase and which enhances the benefits obtained through the transformation processes carried out so far and addresses the opportunities to prepare the Group for a sustainable evolution. We are convinced that the implementation of the strategy provides us with solid prospects for the company’s development.

We continue to focus on increasing operational efficiency and improving the quality of the services we provide, based on sustained investments and ambitious programs to optimize activities and costs.”