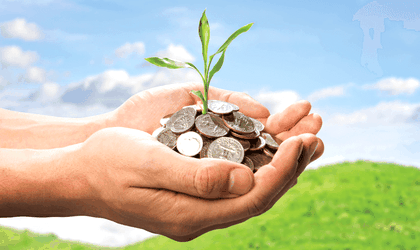 Cost is the main reason why Europeans do not take steps to reduce the impact their homes have on the environment, according to an ING International Survey, which analyzed the responses of approximately 15,000 people in 13 countries in Europe, the US and Australia.

Most respondents who say that lack of funds prevents them from taking measures for a greener home are from Italy, Romania and France (with 56 percent), with the European average at 47 percent. The following reasons in the European ranking are lack of information (26 percent), but also the argument that they already do enough (18 percent). The fact that 1 in 4 Europeans are not sure how they can lessen the impact of their homes on the environment indicates a greater need for education across the continent.

The analysis shows that Austria and Germany are relatively more active when it comes to sustainable housing, placing them in the first and second place, compared to the other 15 countries surveyed. In any case, their citizens do not seem willing to improve the impact their homes have on the environment in the future (with an attitude that leads them to the queue of the rankings, 10th and 12th).

”Current attitudes towards sustainable housing that reflect people’s awareness and efforts to reduce their impact on the environment do not necessarily predict future attitudes. While Austria and Germany are leading the group in terms of current care, both are below average in terms of further efforts to become more environmentally friendly. This may be due to the fact that people in these countries are quite pleased with their current efforts, have already achieved a high level of sustainability awareness or simply expect others to have more initiative in the future,” said Maria Ferreira Sequeda, economist at ING.

Belgium and France, on the other hand, have a much more negative attitude towards green houses today (11th and 8th place) and also do not want to improve this in the future, ranking 13th and 7th among the other countries European countries analyzed.

Looking for a new home

When looking for a new home, half of the respondents in Europe asked about the energy efficiency characteristics (53 percent) and about 60 percent about the age of the property.

However, it is worth noting that the motivation of two-thirds of those who asked about seniority, energy efficiency and other features of the house was to make sure they can pay their bills, such as the Czech Republic (86 percent) and Great Britain (81 percent) .

This survey also showed that eight out of ten Europeans would consider useful government subsidy for the purchase of energy-efficient installations for their homes, the same percentage being valid for subsidizing half of the cost of solar panels for their homes.