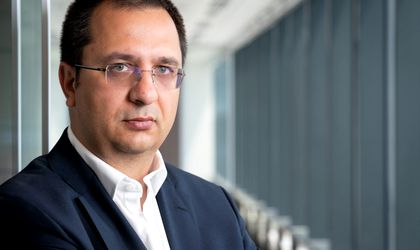 Concilium Consulting, a company specialising in corporate restructuring and the structuring of complex financing, announces the appointment as special administrator in the insolvency proceedings of Hidroconstrucția company.

The largest Romanian hydropower contractor went into insolvency on January 19th 2022 with the intention of reorganising the company.

“The company’s recovery strategy is aimed at ensuring the continuation of the business in order to be able to complete in a timely manner projects of national importance that are already in course, such as the construction of water-canal infrastructure throughout the country as well as work for our beneficiary Hidroelectrica. This way, we will be able to facilitate the population’s access to utilities and maintain European funding for the works, without affecting the absorption of these funds at national level. Moreover, by successfully restructuring a company with such expertise in the hydrology industry, we can engage in additional projects and thus contribute to increasing Romania’s energy independence”, declared Vlad Năstase, CEO Concilium Consulting, special administrator of Hidroconstrucția S.A.

Concilium Consulting company was elected as special administrator of Hidroconstrucția SA according to the decision of the General Meeting of Shareholders, to manage its assets by proposing and monitoring the implementation of a reorganisation plan. As a matter of fact, the company’s streamlining strategy also included a change in the management team, which also includes, starting from this moment, the company managed by Vlad Năstase. 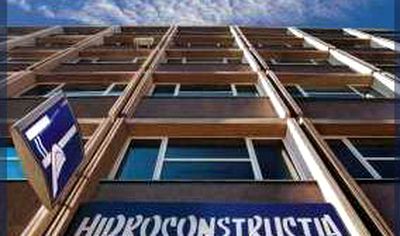 “We are determined to ensure the success of the reorganisation of this company, so important for the domestic industry, and therefore we have chosen the most suitable partners. Concilium Consulting demonstrated significant expertise in restructuring and an essential understanding of the business, and Electromontaj has the financial strength and operational experience to support this recovery process. Therefore, Hidroconstrucția has the resources to go forward” declared Ionuț Tănăsoaică, CEO Electromontaj, the new shareholder of Hidroconstrucția S.A. company.

Electromontaj S.A., leader in the energy construction market in Romania, has taken over Hidroconstrucția recently, the transaction being authorized by the Competition Council in November this year. The new investor has consolidated a number of smaller shareholders to own approximately 63% of the company, allowing it to implement restructuring measures at the decision-making level. The investment of Electromontaj Group consists of the transfer of best practices and expertise as well as financial support to improve the cash flow of Hidroconstrucția SA and its branch offices, according to the company officials.

Hidroconstrucția S.A. went into insolvency on its own initiative on 19 January 2022, for debts of more than RON 500 million, and the consortium formed of R&I GROUP SRL, RTZ&PARTNERS SPRL and MUŞAT & ASOCIAŢII RESTRUCTURING INSOLVENCY SPRL was appointed in the position of provisional official receiver.

Hidroconstrucția S.A. is a Romanian company holding 100% private share capital, established in 1950, as the sole constructor of the Bicaz hydropower investment, with hydropower works of national importance.

Electromontaj Group, leader on the energy construction market in Romania, with projects all over the world, is composed of Emfor Montaj, company specialising in the construction of foundations for power lines and civil engineering, Iproeb SA Bistrița, company producing electrical cables and conductors Electrotehnica, manufacturers of electric equipment, transformers and coils, as well as its own production facilities, a factory for metal poles, a factory for clamps and electrical fittings and a testing station for electric poles. At consolidated level, the companies group registered at the end of 2021 a value of the net assets (equities) of RON 471 million, a turnover of RON 472 million and a net profit of RON 25.5 million.