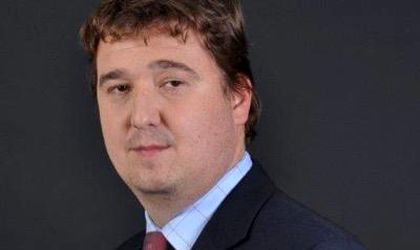 CEZ Group ended 2017 with a net profit of RON 421 million with an EBITDA of RON 363 million, both number higher than 2016. The company has 3.5 million customers in Romania and is expanding it’s portofolio of services.

„2017 was marked by the results of the operational success with moments of reflection on the activity of CEZ Group in Romania in the last 12 years that was mainly focused on delivering complete energy and natural gas services, under efficient costs and in a sustainable manner. We also prepared new elements in the relationship with our clients, meant to continue improving the dialogue between us and to enable us to offer them more than mere energy. We remained a trustworthy partner to the local community, we developed tailored offers and services and we maintained the investment level in all our operational areas and also in CSR projects,” said Martin Zmelik, country manager and chairman of the board of CEZ Romania.

Martin Zmelik will end his eight years long job in Romania at the end of this month and will be replaced by Ondrej Safar, who first came in Romania in 2005 for the construction of the Fantanele-Cogealac wind farm.

“We will continue to build here a Romanian company because we don’t want to be just a foreign investor”, said Ondrej Safar.

In 2017, the turbines from Fantanele – Cogealac wind farm produced a total of 1.323 GWh, CEZ Group in Romania being the largest private energy producer from renewable sources, up from 1.100 GWh in 2016. Also, in December 2017, CEZ wind farm registered a peak in energy production of 154.599 MWh.

2017 started with a change for CEZ Distributie who changed its name and visual identity, becoming Distributie Oltenia.

The distribution operator continued the transformation process into a digitized company throughout the SMART Transformation program, 2017 being its third year of development and the year that gave a first notable result: a reduced grid energy loss by 8.2 percent, compared to 2016. In parallel, the distribution activity was sustained by state-of-the-art technological equipment and investment amounting RON 178.3 million in CAPEX (own funds) and RON 171.6 million in commissioning.

The losses are divided between technical and non-technical. The first is covering around 75 percent of all losses and it is the sector where investments are improving the rate, while non-technical, which means stealing from the network, is around 25 percent.

The energy and natural gas supplier within the Group maintained its trustworthy partner policy for the household and economic segments, by launching its first national campaign, alongside tailored offers regarding the activity areas of economic agents.

The clients of CEZ Group in Romania were welcomed by a complete transformation of CEZ Customer Care Centers, their interests being the starting point for delimiting the activity areas in the centers, which was complemented by professional outfits created for employees.

CEZ Group in Romania received in many occasions national and international awards for its CSR projects as well as other projects, from prestigious galas, in the energy sector and the communication, media and advertising field.

The mark of CEZ Group in Romania on the local community was firstly acknowledged in May 2017, at the SABRE Awards EMEA gala, where CEZ Vanzare’s „Energy Library” campaign won the „Best campaign in the Balkans” award.