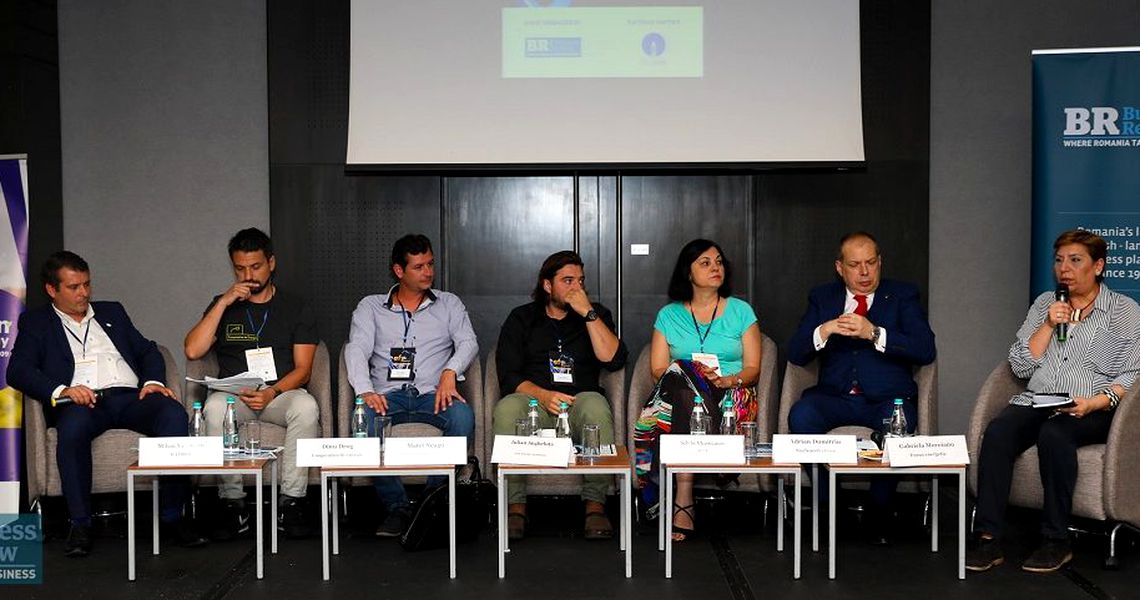 After years of robust growth for Romania’s energy sector, businesses in the industry are facing major challenges in 2019, mainly because of the substantial regulatory changes introduced recently, including a 2 percent tax on turnover, a cap on gas prices, and more. Industry leaders, professional organisations and members of regulatory institutions met at Business Review’s Energy in Focus conference to talk about the first effects the recent legislative changes have had on local businesses, on investment & business plans, on market structure and on the future of the Romanian energy sector.

The first panel of the Energy in Focus conference was focused on Electricity & Renewables. Speakers discussed the current and future impact of renewable energy sources on the Romanian economy and society and the reasons why these solutions may not yet be sufficiently developed in the country, as well as the importance of nuclear plants in the country’s energy mix.

Adrian Dumitriu, the CFO of Nuclearelectrica, one of the biggest electricity producers in Romania with a market share of 18 percent, explained that the company’s nuclear power plant at Cernavoda is one of the most efficient plants in the world. Nuclearelectrica, he noted, was the most profitable company on the Bucharest Stock Exchange in the first half of 2019. “We believe that we have a long-term partnership with the Romanian society, which is why our entire vision and strategy is focused on ensuring long-term sustainability both for the company as well as for the Romanian economy and society,” Dumitriu said. “We are getting ready to contribute to the decarbonization process. At the European level, the price of carbon certificates has exploded, reaching nearly EUR 30, from somewhere around EUR 7-8 per certificate 14 months ago. This reality means that there will be an increase in energy prices.”

Dumitriu warned about about the imminent threat of climate change, calling it the main issue that humanity has to deal with from now on.

“In May, we had the highest concentration of CO2 in the atmosphere, which is said to have been recorded about 15 million years ago, when the ocean levels were 15-25 meters higher. If we don’t do something to reduce CO2 emissions and climate change and the temperature grows by 4 degrees Celsius, Romania will turn into a desert,” Dumitriu said. “Without clean energy, we won’t even be able to talk about the existence of the human species,” he warned.

He also stated that although renewable energy sources will play a very important role, as the EU has set a target to have at least 80 percent of its energy coming from renewable sources by 2050, Romania’s energy mix cannot exclude nuclear energy. “We need the entire political class and the society to reach a consensus in order to come up with an energy strategy.”

Dumitriu also talked about the technology upgrade project for the nuclear reactors at Cernavoda, saying that it would cost between EUR 1.3 – 1.5 billion, and that 51 percent will be financed by Nuclearelectrica, while the rest will come from loans.

Silvia Vlasceanu, the General Manager of the Federation of Energy Utility Companies Association (ACUE), said that the future belongs to renewable energy to the detriment of fossil fuels and coal, but called for a set of government measures to ensure that the people working in the industry are taken care of when the country transitions to more renewable sources. “New technologies in the renewable energy sector are being developed at a very fast rate, especially when it comes to storage batteries, but the transition must be done smoothly, as we cannot overlook the social issues that would be generated by this change. The transition will have do be done with the help of concrete legislative measures taken by the government. We’re seeing social issues emerge in the energy sector due to the lack of measures and lack of courage of the past 30 years,” Vlasceanu said.

Iulian Angheluta, founder of the Free Miorita Association, talked about the “Light for Romania” campaign that is being carried out by Free Miorita, which uses photovoltaic panels to bring electricity to isolated households, schools and churches that have not had access to electricity and for whom the authorities have not found any solutions. So far, Free Miorita has installed photovoltaic panels for four schools, two churches and 181 households across 24 counties, according to Angheluta. “We see this as an awareness campaign in the Romanian countryside, where very few people are aware of the benefits of renewable energy sources. It also has an educational component, as many families are using petrol, wood or batteries – very few of them know about the dangers associated with batteries and throw them out or burn them without knowing how damaging they are to the environment. Our campagin will continue, because the AFM programme for isolated households has been a failure so far, and there are no other sources for these people, due to bureaucratic barriers, mayors complaining about the lack of funds, etc.,” Angheluta explained.

Dinu Drog, founder of the Energy Cooperative, provided an explanation of the cooperative business model, which is built on other European examples. “I am one of the 12 founders of the Energy Cooperative, a new business model for the Romanian environment, which follows the European model. We will provide electricity to individuals and businesses, but only green, hydro, solar and wind energy. In cooperatives, clients become members, so they have the right to vote and the right to take dividends. Unlike traditional suppliers, all prices are transparent,” Drog said.

The model, he explained, combines elements from the commercial and the NGO areas. “The social component is important because communities will be created around the cooperative. We are in the process of being set up, the cooperative will be registered in September and we will become operational in the beginning of 2020.”

Drog added that the cooperative will be registered in Romania, but based on European law, which is more favorable to this model.

“In the same way you can change your mobile phone provider, you can also change your energy provider. The market is liberalized, but few household consumers have been ported. The offer is still very limited. There are 1,500 energy cooperatives at the EU level, so it is not a marginal model,” he argued.

Mihai Versescu, General Secretary at PATRES (The Employers’ Organisation of Renewable Energy Producers in Romania), outlined the achievements Romania has had so far, but also highlighted the fact that there is still a major need for investment. “Romania was the first country to ratify the Kyoto Protocol. Similarly, it was among the first to reach the 2020 renewable target. No one imagined that we would have 8 billion euros of investment from big companies around the globe. Since 2014, the investment trend has gone down to zero, unfortunately, after the rules of the game were practically changed. Now, 6 months to 2020, given that the investment need is enormous, we think Romania should start reviewing its strategy and change energy legislation as soon as possible,” he argued.