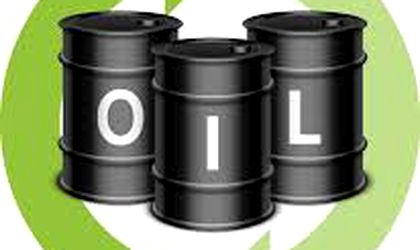 Oil prices hit a four-time high of over USD 81 per barrel after Saudi Arabia and Russia denied Donald Trump calling to increase production. Brent crude hit the highest level in the last four years at USD 81.16 a barrel, a 3 percent increase for the previous day.

Saudi Arabia leads OPEC oil cartel and Russia is the biggest oil produces outside the group. They met in Algiers on Sunday to discuss global supply levels and USA sanctions on Iran, but the meeting ended with no agreement on additional supply.

“Brent crude tested key resistance after Saudi Arabia said it had no problem if Brent had passed USD 80 / barrel. The Saudi comment was probably determined by the understanding that OPEC members and Russia are incapable of offsetting the continued decline in Iranian production; a new attack by President Trump against Opec and high oil prices through a Twitter message did not lead to a fall in price,” said Ole Hansen from Saxo Bank.

At a conference in Algiers, Saudi energy minister Khalid al-Falih said that he did not influenced prices. OPEC and other producers had discussed raising output by 500,000 a day, according to Reuters, but nothing had yet come to pass.

The sales of Iranian oil have fallen due to the penalties that may come from sanctions that will take effect from November and the fears sent crude oil prices higher, with some traders predicting prices of over USD 100 per barrel by early next year.

Last week, Donald Trump said that OPEC must get the prices down by raising the global output. “We protect the countries of the Middle East. They would not be safe for very long without us and yet they continue to push for higher and higher oil prices! We will remember,” said the president of USA in a tweet.

The rising price of oil is bad news for Romania fuel prices that have risen over 20 percent in the last year. If the oil price will go up, the fuel price that is ranging around RON 6 per liter (both gasoline and diesel) would go up to RON 6.5 in 2019.