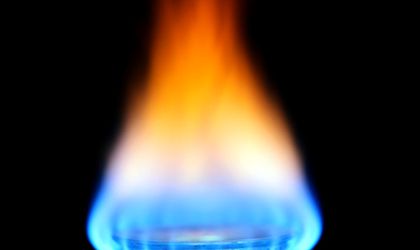 The government project to cap internal natural gas prices at RON 55/MWh until 2021 will hit hard the two main gas producers in Romania, Romgaz and OMV Petrom, and will limit investment in gas fields, while the advantages for retail consumers are only for short term, experts say.

The Finance Ministry has proposed the capping of the price of natural gas from internal production at RON 55/Mwh until June 30, 2021, according to a project published on Wednesday on the Ministry’s website.

“In order to ensure a fair competitive environment for the natural gas sector in Romania and to stop the uncontrolled rise in the price of internal production natural gas, Finance and Energy Ministry representatives met on July 18 to analyse the possibility of imposing a form of control for the price of natural gas practiced by internal producers by June 2021,” the document reads.

But the reactions in the market were quick and negative.

“A government decision that plagues the domestic gas sales price from producers to suppliers is inconsistent with the free market status; this decision will discourage domestic gas production for which Romanian companies are investing significant amounts in the exploitation of deposits and job creation, “Harald Kraft, the president of Romanian Petroleum Exploration and Production Companies Association (ROPEPCA), said on Thursday.

“ROPEPCA believes that precisely to ensure a fair competition environment for the Romanian natural gas sector, the government must take measures that will not discourage investments in local natural gas production,” he added.

On the Bucharest Stock Exchange, the two main gas producers in Romania, Romgaz (state-owned) and OMV Petrom (controlled by Austria’s OMV), suffered as investors reacted promptly to the bad news.

The shares of OMV Petrom dropped by 3.5 percent on Thursday, while the shares of Romgaz lost 4.1 percent of their value.

Since the total liberalization of the natural gas sales price, in April 2017, the growth trend of prices has been continuous and constant, currently at 29.5 percent and estimated at 33.75 percent for March 2019, according to the Finance Ministry, which says legislation needs to be passed in order to cap the price of natural gas.

According to the document, the average sale price of natural gas by internal producers on the centralized market between April 2017 and August 2018 went from RON 70.93 to RON 77.72/MWh. The estimated price of gas from domestic producers for March 2019 is RON 80.25/MWh.

The price for imported natural gas is established on the competitive market through free negotiations between importers and natural gas suppliers in Romania. The estimated price of imported gas for March 2019 is RON 94.58/MWh, according to the Ministry.

If the cap proposed by the MFP were approved, therefore, the price would be significantly lower than prices established by the free market, and gas producers would have to maintain the RON 55/MWh price for at least three years, regardless of market developments.

But EU competition legislation bans such practices and energy directives impose a liberalization of gas prices, which Romania had already done by April 2017.