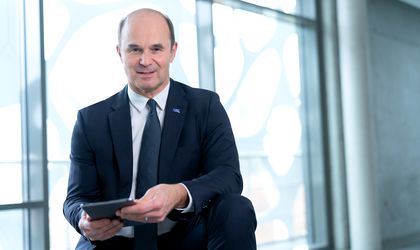 The BASF Group increased sales by €3.2 billion compared with the prior-year quarter to €23.0 billion. This rise of 16.3 percent was primarily due to the significant price increases that BASF was able to introduce in almost all segments.

“Despite the continued high raw materials and energy prices, we again achieved strong earnings in the second quarter,” said Dr. Martin Brudermüller, Chairman of the Board of Executive Directors of BASF SE, presenting the results for the second quarter of 2022 together with Chief Financial Officer Dr. Hans-Ulrich Engel. BASF had already released preliminary figures on July 11. 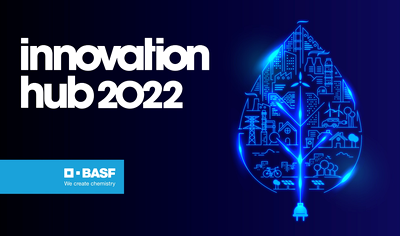 Development of cash flows in the second quarter of 2022

Development of BASF’s segments in the second quarter of 2022

Sales in the Chemicals segment rose considerably by 27.2 percent compared with the second quarter of 2021 to reach €4.3 billion. Both operating divisions contributed to the increase. Sales growth was primarily driven by significantly higher prices in both divisions, mainly due to the passing on of increased prices for raw materials and energy amid continued strong demand. EBIT before special items of

€853 million remained at a high level but was considerably below the exceptionally strong earnings in the prior-year quarter. This was primarily due to considerably lower earnings in the Petrochemicals division, mainly from higher fixed costs as a result of the increase in energy prices and currency effects.

The Materials segment increased sales considerably by 29.9 percent compared with the prior-year quarter to €4.9 billion. This was primarily the result of strong sales growth in the Monomers division. The Performance Materials division also recorded a considerable increase. The positive sales performance was mainly due to significantly higher prices from passing on the increase in raw materials prices. At €668 million, EBIT before special items decreased considerably compared with the second quarter of 2021. In both divisions, higher margins were unable to offset the increase in fixed costs.

Sales in the Industrial Solutions segment rose considerably compared with the second quarter of 2021 and amounted to €2.6 billion. This represents an increase of 12.1 percent, which was mainly driven by strong sales growth in the Performance Chemicals division. The Dispersions & Resins division recorded a slight sales increase. The sales increase was primarily due to significantly higher price levels across all business areas and in all regions. This was largely the result of higher prices for raw materials, energy and freight. At €323 million, the segment’s EBIT before special items was slightly above the prior-year quarter. This reﬂected the significant rise in earnings in the Performance Chemicals division, primarily from price-driven margin growth.

In the Surface Technologies segment, sales of €5.4 billion were 7.6 percent below the prior-year quarter. Considerable sales growth in the Coatings division was unable to offset the strong decline in the Catalysts division. The year-on-year sales decrease was primarily due to significantly lower volumes in the Catalysts division. This was mainly the result of weaker demand from the automotive industry due to insufficient semiconductor supply and the lockdowns in China. EBIT before special items of €227 million declined considerably from the €289 million reported in the second quarter of 2021. This was attributable to the considerable decline in the Coatings division’s EBIT before special items, mainly due to higher fixed costs.

Compared with the second quarter of 2021, sales in the Nutrition & Care segment rose by 30.9 percent to €2.1 billion. Both divisions contributed significantly. Sales growth was driven by significantly higher prices across all business areas, passing on increased prices for raw materials and energy. The segment’s EBIT before special items was considerably above the prior-year quarter and reached €213 million. This was due to the considerable increase in EBIT before special items in the Care Chemicals division.

Sales of €2.5 billion in the Agricultural Solutions segment rose considerably compared with the second quarter of 2021. This increase of 25.3 percent was mainly attributable to higher prices in all regions and positive currency effects, mainly from the U.S. dollar. Significantly higher volumes also contributed to the sales development. At €223 million, EBIT before special items was considerably above the prior-year quarter. This was mainly attributable to the positive sales development, which more than compensated for higher costs.

The assessment of the global economic environment in 2022 was adjusted as follows (previous assumptions from the BASF Report 2021 in parentheses; current growth assumptions are rounded):

For the second half of the year, BASF anticipates a gradual cooling of economic development globally, but much more pronounced in Europe. This assumes that there are no severe restrictions resulting from new lockdowns in China and that natural gas shortages do not lead to production shutdowns in Europe.

Based on the very positive business development in the first half of 2022 and the above assumptions, the forecast for the BASF Group for the 2022 business year was adjusted as follows (previous forecast from the BASF Report 2021 in parentheses):

Current developments, mainly driven by the war in Ukraine and its impact on energy and raw materials prices and the availability of raw materials, especially in Europe, may lead to additional headwinds, deviating from the assumptions presented above. In particular, risks could arise from production stoppages at major European sites as a result of further restrictions to European gas supplies from Russia. In this case, the loss of European capacities could be partially compensated for by higher plant capacity utilization at sites outside of Europe. Further risks could arise from the future course of the coronavirus pandemic and new measures to contain the number of infections. Opportunities could arise from continued high margins, even in the case of an economic slowdown. BASF is responding to the economic slowdown with cost reduction measures.

BASF, SABIC and Linde start construction of the world’s first demonstration plant for...

BASF and MAN Energy Solutions enter into partnership for construction of one of...