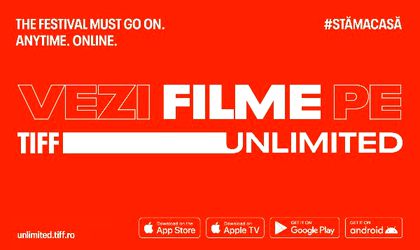 Hopefully, you work from home these days, so why not chill out with more than Netflix, HBO GO and Amazon Prime? Here are some artsy/author films which can be seen on online streaming platforms.

TIFF Unlimited is currently Transilvania International Film Festival (TIFF) video streaming platform, having films from the festival’s portfolio and that of other film distributors in the country. Currently, the platform is offering over 90 movies, covering  awarded films, art productions, niche, indie, experimental but also classic movies. For now, the platform is only available in Romania.

Bad Unicorn offers also a series of art movies through their  Vimeo  platform for 3 dollars only: On Body and Soul, Birds of Passage, U: July 22, Davlatov, Amanda, are among the movie list.

Cinesquare is a new VoD service for the promotion and distribution of films is the largest one in the Balkan region with a focus on Balkan and European films. Cinesquare provides possibility for films from the Balkans and the European independent films a second life beyond their theatrical exposure.

MUBI is also one of the artsy options when it comes to movies. They offer always 30 hand-picked films to watch or download, from forgotten gems to festival-fresh cinema, from cult classics to award-winning masterpieces. And you can access them for a three months subscription for 1 EUR.