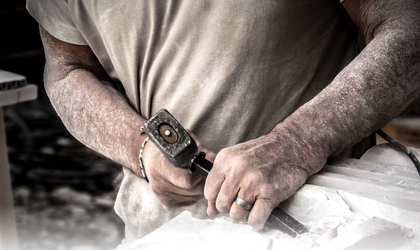 ESSA, a company owned by the businessman Eugen Saulea, is one of the main  sponsors of the “ARMONIE (Harmony)” stone sculpture camp, which will take place between  August 1 and September 5, inside Corbeanca Park. The project is co-financed by the National Cultural Fund Administration with non-reimbursable funds of about EUR 18,000. So far, the project has attracted sponsorships worth almost EUR 30,000.

During this period, the Corbeanca City Hall, together with the Ilfov County Council, will complete the arrangements of a park of approximately three hectares in the locality. In this context, the officials organized a large-scale cultural event that would have an impact on the inhabitants of the commune, but also to attract tourists from the surrounding areas.

”In the medium and long term we estimate that this park and the cultural area, including the Cultural Center and the Amphitheater, will become more attractive objectives, in tourist circuits and not only, in addition to the Church from the 18th century, the 19th century school, the  Vlăsiei Woods,” says Alexandru Baku, Project Manager of the „Armonie (Harmony)” stone sculpture camp.

According to his statements, the purpose of the „Harmony” stone sculpture camp ”is to give a note of authenticity and uniqueness to Corbeanca Park and the project is addressed, as the main target group, to the 18,000 inhabitants of the commune, growing due to the increasing pace of construction and proximity to the future ring road of the capital.” 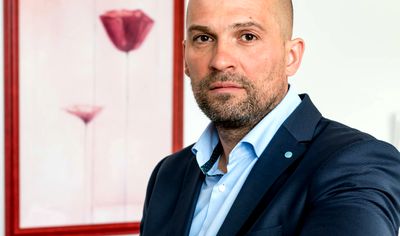 ”The camp show will become a place where different generations will intersect (with an emphasis on youth art education) as well as the two major categories of native and newcomers,” Baku said. The second target group is represented by the inhabitants of the administrative units bordering the commune (Buftea, Otopeni, Balotești or Periș). “As a result of the transformation of the park into an art area, we are sure that we will enter the tourist circuit, as an objective on the way to the airport or to Prahova Valley,” says Alexandru Baku. The  camp’s opening will take place on August 1, 2020 at 11.00, inside the park (Dispensarului street), and the closing ceremony and the awarding of prizes on September 5, 2020.

ESSA, founded in 2010, is today one of the biggest players in the local market for trade marketing and sales services. The company’s portfolio includes services for recruitment and placement, BTL & events, POSM management services (communication materials), call center and merchandising. Currently, ESSA offers leasing and outsourcing services for over 30 customers, suppliers and manufacturers who are leaders in the categories in which they operate, but also for large retail chains such as Carrefour, Kaufland, Auchan, Metro Cash & Carry and Mega image.