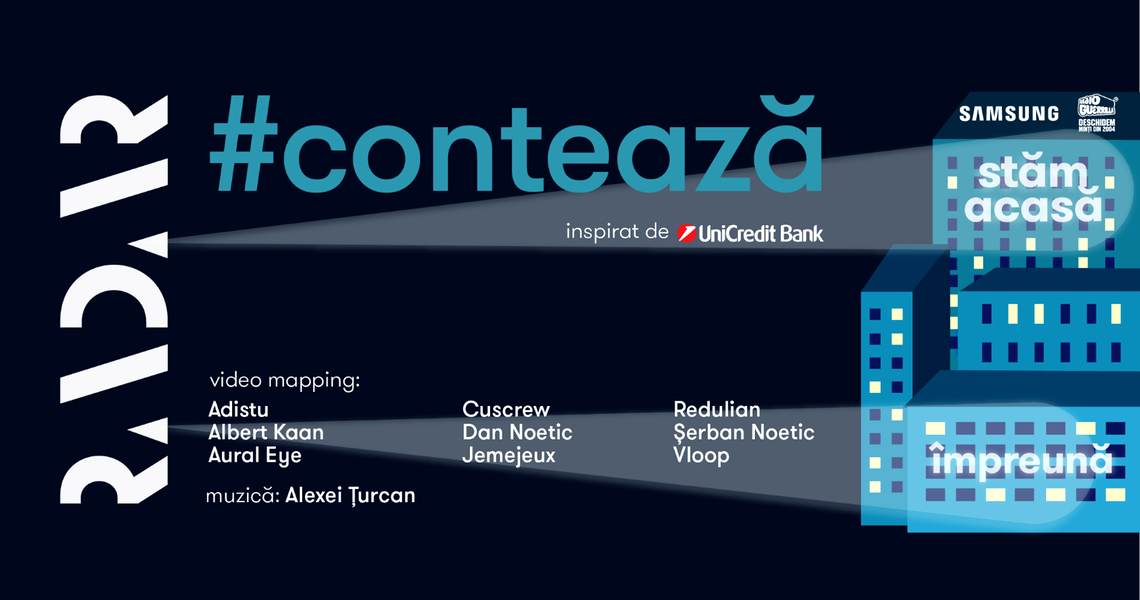 The project gathers 10 artists: Alina Anca and Daniela Bega from Aural Eye, Alber Kaaan, Adistu, Cuscrew, Dan Fiera and Serban Ntjr from Noetic, Jemejeux, Redulian and Vloop, that will show different animations from their own houses onto the nearby buildings. The images will be supported by a live performance created by Alexei Turcan.

Therefore, April 18th, starting 20.30, the public will be able to watch the projection form the window or live, on the event’s Facebook page, but it will also be able to send messages and encouraging thoughts using the hashtag #contează that the artists will integrate in their projections.

In a time in which the artistic manifestation is impacted, RADAR continues to be the bridge between the local artists and the public, as well as a means of expressing the present.

The projections will be re-seen also at the second edition of the RADAR festival, in the fall, in the video-mapping scene supported by UniCredit Bank, among other categories such as: Virtual Reality, Augmented Reality, Artificial Intelligence, Interactive Installations, Sound Design, Game Art, Robotics and Education & Playground.

The first edition of the RADAR festival brought together over fifty artists and content developers and transformed Uzina Electrica Filaret into an immersive space for the visitors.