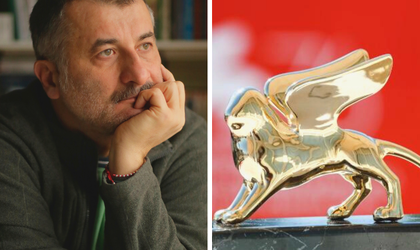 The Venice Film Festival has just revealed the names of the jury members for their competitions — and Romanian director Cristi Puiu is among them in the Main Jury, as well as U.K.’s Joanna Hogg (“The Souvenir”), Germany’s Christian Petzold (“Undine”), Austrian Veronika Franz (“The Lodge”), Italian writer Nicola Lagioia and French actor Ludivine Sagnier (“The Truth,” “The New Pope”).  Cate Blanchett – president of the jury, is an internationally acclaimed and award-winning actress, producer, humanitarian, and dedicated member of the arts community. In 2018, Blanchett served as Jury President of the 71st Cannes Film Festival in France. Her countless extraordinary ﬁlm performances have garnered Blanchett three BAFTAs, two Academy Awards, three Golden Globe Awards, as well as numerous award nominations.

Cristi Puiu, director and screenwriter, made his debut as a director in 2001 with the low-cost road movie Stuff and Dough (Marfa şi bani), presented in the Quinzaines section at Cannes and considered to be the film that ushered in New Romanian Cinema. In 2005 his second feature film, the black comedy titled The Death of Mr. Lazarescu, won critical acclaim and the Un Certain Regard prize at the Cannes Film Festival. He had equal success with Sieranevada, presented in Competition at Cannes. In 2020 Manor House (Malmkrog) won the award for Best Director in the Encounters section of the Berlin Film Festival.