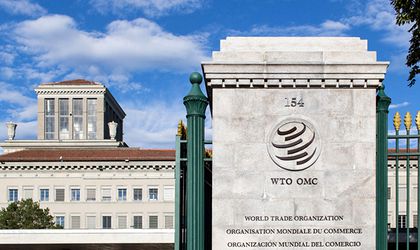 The World Trade Organization said on Thursday that countries in the G20 group, which includes the world’s biggest economies, applied 40 new trade restrictive measures between May and October, covering around USD 481 billion worth of trade, Reuters reports.

The WTO notes that the amount of restrictions is six times larger than what was recorded in the previous period, and the largest since the WTO started monitoring G20 trade in 2012.

“The report’s findings should be of serious concern for G20 governments and the whole international community,” WTO Director-General Roberto Azevedo said in the statement.

“Further escalation remains a real threat. If we continue along the current course, the economic risks will increase, with potential effects for growth, jobs and consumer prices around the world.”

Azevedo added that the WTO was doing all it could to help de-escalate the situation, but that political will and leadership is required from the group of countries. Leaders are due to meet in Argentina next week.

“The proliferation of trade-restrictive actions and the uncertainty created by such actions could place economic recovery in jeopardy. Further escalation would carry potentially large risks for global trade, with knock-on effects for economic growth, jobs and consumer prices around the world,” the WTO said.

Of the latest trade restrictions, three quarters have been tariff hikes, many of them represented by Donald Trump’s steel and aluminium tariffs.

Furthermore, other measures have been announced and not yet implemented, which are not included in the WTO’s statistics.