Winmarkt Group announces the strenghtening of its management team 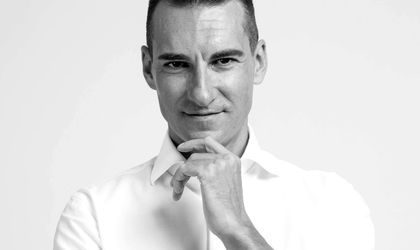 Winmarkt Group, the Romanian subsidiary of Immobiliare Grande Distribuzione (IGD), which owns and manages 15 properties, 14 shopping centers and an office building in 13 cities in the country, strengthens its management team by consolidating the Board of Directors structure, starting January 2019. This decision is part of the development strategy and the Group’s operations plan for the local market.

The extension of the Board of Directors (BoD) is one of the measures implemented at the management level of the Win Magazin SA, in line with the development strategy and implies an efficient partition of the increased attributions allocated so far to former BoD. So, starting this month, the roles and management of divisions are defined as follows:

Until date, Carlo Barban has held extensive roles in the company, acting as CEO Win Magazin SA and Managing Director Winmarkt Management SRL, with solid and proven track record in the network’s development, since April 2014. Previously he held the position of CFO of Win Magazin SA for 5 years.

The takeover from Carlo Barban by Gianluca Martora in terms of investments and internal and external communication comes as a natural consequence of both the expansion of the management team and the experience Gianluca Martora has gained in the IGD group so far, in the position of Head of Asset  Management and Development. Martora will also take over as Managing Director of Winmarkt Management SRL.

Gianluca Martora, Executive Director Win Magazin SA & Winmarkt Management SRL, said: “I am very pleased to join the Board of Directors from this new perspective and further contribute to the company’s development. We will follow the defined growth strategy from over the past two years and we are confident that the joint management efforts of the expanded management team will bring added value to our business partners and Winmarkt business centers’ customers. The continuous updating of the real estate properties owned in Romania remains a focus for 2019. “

Carlo Barban, Executive Director Win Magazin SA, said: “We welcome Gianluca Martora to the Winmarkt team for this appointed position. His involvement in the group is not new, as he has made a significant contribution in recent years to modernizing the Winmarkt Centers, as previously helding the Technical Supervisor and Strategic Adviser for REAG Consulting Group positions.”

Gianluca Martora is 37 years old and has 6 years of experience in the IGD group.