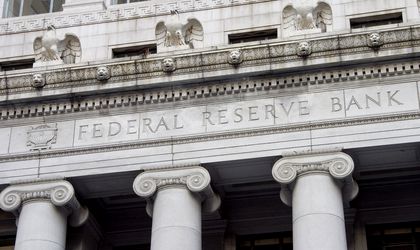 Markets are trading sideways in Asia, a continuation of the price action seen in New York, as the entire world awaits the outcome of the FOMC rate decision this evening. Asian turnover is being further muted by a long week of holidays this week. Mainland China, Japan, Malaysia, Indonesia, and Thailand are on closed today.

Whether the Fed hikes by 0.50% or not has been analysed to death. The crux will be the statement and the Fed’s forward guidance on the path of interest rates. Markets, perhaps like the Fed, are clinging to the hope that the terminal Fed Funds rate is mostly priced into the market now. There remain definite upside risks to that point of view, as there are across much of the Anglo-Saxon world. Perhaps the only mitigating factor will be the start of quantitative tightening by the Fed. That may have more of an impact than Fed Fund hikes if it starts pushing the US yield curve higher once again.

Overnight US Jolts Job Openings for March hit 11.549 million with 4.536 million workers resigning to move jobs. Last Friday’s Employment Cost Index exceeded expectations, and US Factory Orders for March overnight jumped by 2.20%. (1.1% exp) Although prices stresses continue, as they do in much of the world, there are no conclusive signs yet that the US economy slowing down materially.

The surprise 0.25% rate hike by the Reserve Bank of Australia yesterday suggests that even the most recalcitrant doves in the central bank world are starting to blink. Both the Singapore Prime Minister and the Governor of the Reserve Bank of New Zealand have said the risks are rising of a recession, and for once, I find myself aligned with the RBNZ. New Zealand remains my top pick for a developed market hard landing this year, thanks to the incompetence of the RBNZ. Europe follows close behind but that is due to Russian risk, and we can’t blame the ECB, who face real least-worse choices, for that. Make no mistake, the downstream impact of Russia and Ukraine’s exclusion from the world economy are still be felt, and there are substantial upside risks in Russia’s behaviour in the months ahead. The US Dollar rally has plenty of juice left in it.

In Asia today, South Korean FX Reserves fell by $8.50 billion in April, perhaps the first hint that a major Asian central bank is starting to spend them to offset weakening domestic currencies as US yields and the US dollar power higher. Yesterday’s inflation print at 4.80% YoY was a 14-year high and we can expect the Bank of Korea to continue hiking rates at its next few policy meetings. That probably won’t offset a series of 0.50% hikes from the Fed, and South Korea’s quandary will be reflected in Asia ex-China. Japan and the USD/JPY is a prime example. If Asia chooses to tolerate inflation to keep economic slowdowns off the agenda, we can expect a lot more Asian currency weakness in the months ahead.

In China, restrictions are tightening in Beijing to nip Covid-19 cases in the bud. Shanghai and other Mainland cities remain under restrictions as well as China’s Covid-zero policy becomes a greater millstone around its neck by the day. Fitch downgraded China’s GDP forecasts overnight. After a three-day break, China returns tomorrow, but unless the FOMC springs a dovish surprise, I am not expecting a post-holiday rally among Mainland equities.

Australian data today showed the lucky country remains lucky. Home loans rebounded to 0.90% in March, with Retail Sales gaining 1.60% Mom in March. Investment lending for houses also jumped by 2.90%, while S&P Global Services PMI for April rose to 56.10. None of that will alleviate the rate hike expectations built into the Australian yield curve. Like elsewhere, those risks remain tilted to the upside as markets cling to the belief in Australia as well that the worst is priced in. The Australian Dollar has given back half of its gains after the RBA hiked yesterday by 0.25%; more than the 0.15% expected. A softening China economy and rising risk aversion sentiment globally is likely to offset any increased hiking sentiment domestically.

We have a raft of European Services PMIs released today, as well as Germany’s Trade Balance, as well US ADP Employment, Balance of Trade and ISM Non-Manufacturing PMI. All of it will be subsumed by the FOMC policy decision, due out at 0200 SGT tomorrow morning.

The week remains a tasty one for data releases. China releases Caixin Services PMI tomorrow, and Singapore releases Retail Sales. Both could show domestic confidence eroding as covid-zero and inflation nerves rise respectively. Australia releases its Trade Balance, and a sub AUD 7.0 billion print will have alarm bells ringing on AUD/USD. Tomorrow we also get the Bank of England’s policy decision, with the street pricing in a hike of 0.25%. The BOE is one of the cautious hold-outs, but anything less than 0.25% from them is likely to see Sterling get seriously punished once again.

Lost in the noise this week, as if it couldn’t be busier, the US announces Non-Farm Payrolls data this Friday. The street is at 400,000 jobs at the moment, in line with last month. As ever, a large deviation will trigger tail-chasing volatility across asset classes. More often than not, ending up roughly where they started with the daily PnL a smoking heap. Perversely, markets will get the most bang for their buck if the payroll data collapses. That should spark a downward correction in the US Dollar, a rally in EM, US equities and US bonds as the street goes into peak-Fed mode.

Before all the HODL-er haters come out of the woodwork and throw rotten tokens at me, I am just following the multi-month triangle pattern on the charts that I have been mentioning for the past month or so. Although you are correct, I do believe cryptos and their opaque show-me-the-action-US-Dollars-dude stable coins are the single biggest example of financial market lunacy I have seen in my long career.

That said, I have had a brilliant idea in this non-fungible token (NFT) space, and I think I can make some serious fiat currency. The Bored Ape people raised $285 million of crypto by selling “land” in a virtual world it says they are still building; or is that coding? I guess that’s the crypto-equivalent of buying off-plan. Anyway, once I’ve cleared it with Mark, I’m going to find a Tolkien family member and subdivide Minas Tirith and Rivendell into apartments and lifestyle blocks via NFTs in the metaverse. They’re not cheap mind you, but the views are worth it. Depending on how we go, I may use some of the proceeds to urban regenerate Mordor and Moria. Unfortunately, in true California fashion, I may need to move the present residents, who are all poor, into cardboard boxes by the road. Now, where are Mark and Christopher’s numbers…

Asian equities trade sideways ahead of the FOMC

New York markets had another choppy, but ultimately directionless session overnight. The main indexes crawled to a positive close after the US 10-year yield slid back below 3.0%, having climbed above it earlier in the session. The S&P 500 rose 0.48%, the Nasdaq rose 0.22%, and the Dow Jones finished just 0.17% higher. In Asia, futures on all three have added between 0.10% and 0.15% in subdued trading.

A raft of holidays across Asia continues to mute volatility and volumes. Japan, Mainland China, Malaysia, Indonesia, and Thailand are all closed. South Korea’s Kospi has edged 0.23% lower as markets continue to process multi-year highs in inflation and a China slowdown.

Singapore is down 0.10%, with Taipei climbing 0.25%, and Manila falling by 0.28%. Australian markets are equally quiet, although decent data today keeps the faster RBA rate hike story alive, weighing on sentiment, as are ever-tightening covid-zero restrictions in China. The All Ordinaries has fallen by 0.25%, while the ASC 200 has eased 0.05% lower.

European markets are likely to start slowly as well, with the FOMC the one ring to rule them all. Continuing chatter surrounding an EU embargo on Russian oil, and the geopolitical situation in the East will keep recession fears front and centre, limiting gains ahead of the FOMC announcement.

Asian currency markets trade sideways ahead of the FOMC

Holidays in Japan and Mainland China are torpedoing volumes and volatility in Asia currencies markets today, with the region content to remain in a holding pattern ahead of tonight’s FOMC. Overnight, the dollar index traded in quite a wide range, moving lower intraday as the Euro made an unsuccessful recovery attempt. Ultimately, that reversed, leaving the dollar index closing just 0.14% lower at 103.45. In Asia, it has crept higher to 103.50 in directionless trading.

Ultimately, it is what the FOMC says, and not what it does, that will determine the short-term direction of the US Dollar. Any signs of wavering hawkishness in the statement could spark a decent correction lower for the dollar index. It has support at 103.00 and resistance at 104.00. The multi-year triangle’s top lies at 102.50 today, and failure signals a deeper correction to 101.00.

EUR/USD is consolidating in a 1.0500 to 1.0600 range this week and with the economic and political risks around the Russia/Ukraine conflict in full cry, any relief rally tonight should top out between 1.0700 and 1.0800, the multi-decade break lower. A hawkish FOMC likely sees EUR/USD test 1.0500 and it remains on track to test 1.0300. Its rally quickly faded overnight, and it is unchanged at 1.0520 in Asia.

GBP/USD is bouncing around in a wide 1.2400 to 1.2600 range. Sterling faces significant risks in the shape of the FOMC and BOE rate decisions. The worst scenario would be a hawkish FOMC meeting, with still-cautious BOE policy guidance. That likely sees GBP/USD testing 1.2200. Sterling is overdue for a relief rally even though the bigger technical picture remains grim. Rallies will likely be limited to the 1.2700/1.2800 region.

USD/Asia has fallen slightly overnight as a slew of holidays and the impending FOMC have prompted investors to reduce US Dollar long positions. USD/CNH has led the correction lower, falling to 6.6400 overnight where it remains today. The FOMC statement will determine whether the Asian FX recovery continues or stops dead in its tracks.

Asian oil markets trade sideways ahead of the FOMC

News that OPEC compliance had reached 164%, i.e., they can’t even pump the quotas they have agreed, failed to lift oil markets in Asia. Oil prices are almost unchanged thanks to a Mainland China and Japan holiday today. Overnight, oil continued its noisy range-trading, awaiting direction from Russia/Ukraine, EU/Russia oil sanctions, or a slowdown/or not from China. Brent crude fell 1.60% to $105.80, and WTI fell by 1.35% to $103.50 a barrel. In Asia, moribund trading sees Brent crude and WTI unchanged.

Gold markets trade sideways ahead of the FOMC

Like everything else, the FOMC statement will determine gold’s near-term direction unless the decision is either a 0.25% or 0.75% hike. From a technical perspective, gold still looks vulnerable and is relying on US Dollar falls tonight to steady the ship. It has been unable to regain the $1880.00 an ounce region, which is also its 100-day moving average. (DMA) Support lies at $1850.00 and then the tip of the breakout triangle at $1835.00.