US and Mexico reach new NAFTA deal; Canada under pressure to sign on 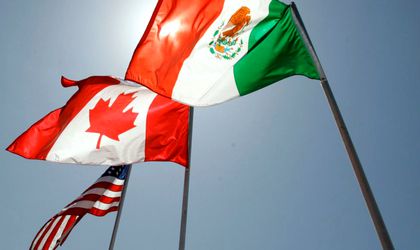 The United States and Mexico have agreed to overhaul the North American Free Trade Agreement (NAFTA), which puts pressure on Canada to agree to new terms on auto trade and dispute settlement rules if it wants to remain part of the agreement, Reuters reports.

The S&P 500 and the Nasdaq rallied to record highs over the expectation that Canada would join the new deal and ease the tension caused by Donald Trump’s repeated threats to exit the 1994 NAFTA deal.

Trump threatened he still could impose tariffs on Canadian cars if the country didn’t join the new accord, and also said he expected concessions on Canada’s dairy protections.

Trump and Canadian PM Justin Trudeau had a phone call on Monday and Canadian Foreign Minister Chrystia Freeland is expected to travel to Washington for talks on Tuesday.

Trade between Mexico, the US and Canada exceeds USD 1 trillion annually. Negotiations have been taking place for more than a year, putting pressure on the Mexican peso and the Canadian dollar.

The White House said Trump will sign the deal within 90 days, after Congress approves it. Some Republicans in Congress called the deal a positive step but said Canada must be part of the new pact.