Unicorns, zebras, white elephants or gorillas? Which one describes your business? BR invites you to learn the business zoo 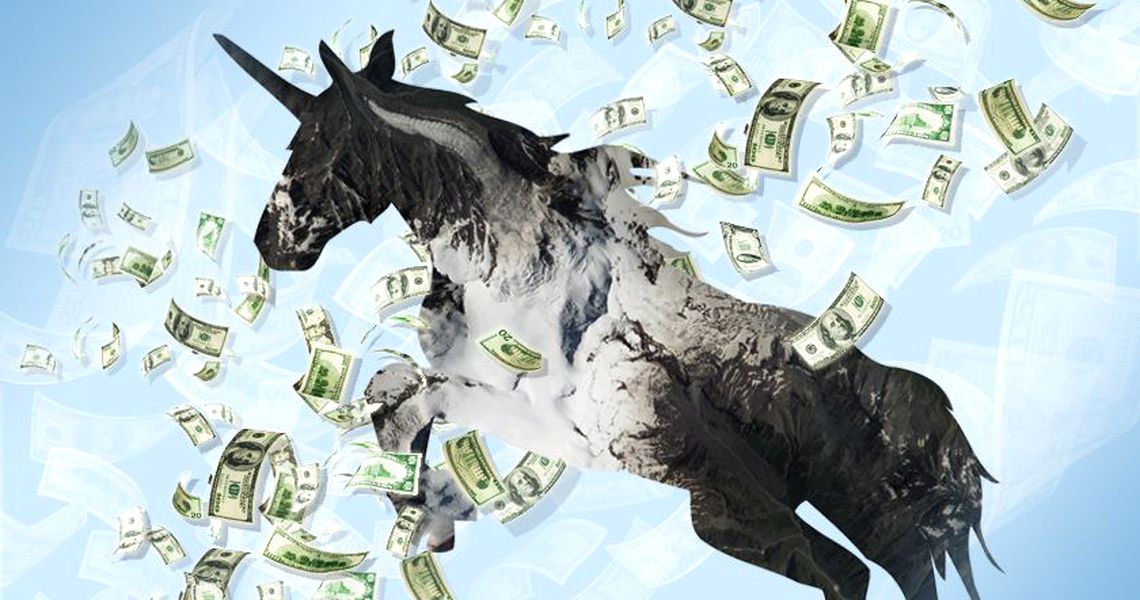 A day at the zoo is a memorable experience for children and adults alike. But animals not only play a role at the Schönbrunn Zoo in Vienna, but also in the economy.

I’ve had a virtual walk through the fabulous world of business animals taking a closer look at the most interesting species and here is what I could find:

My tour of the business zoo begins with one of the most impressive species we would hardly find in a real zoo: the unicorns. Unicorns are those start-ups that have reached a market value of more than one billion US dollars.

Well-known examples such as AirBnB or Uber show why they were able to assert themselves in a contested environment: As a rule, they use innovative new combinations to create markets that the established players have overlooked.

There they grow rapidly and often secure their market position via network effects. Unicorns recognize new markets with little competition at an early stage and are characterized by intelligent innovations (technology, product and/or business model) with an at least temporary unique selling proposition.

From time to time, however, unicorns are known to leave nothing to other animals in their environment.

Zebras are closely related to unicorns in the business fauna, but with one important difference: Zebras are start-ups which are not interested in profits and exponential growth at any price, but also in sustainable values such as social compatibility. In contrast to their close relatives, they are not anxious to eat everything bald. Instead, they are profitable and socially acceptable. They would never sacrifice one for the other.

Zebras are thus exemplary for a socio-economic approach to the economy, which takes resources and needs into account. This initiative is becoming increasingly popular among younger people in particular.

Although growth is also important for zebras, which are often listed under the category of social entrepreneurs, it is always based on the premise of a positive change in the economy and society.

This also makes it more attractive for employees who want to see a deeper meaning behind their career themselves. However, zebras find it even harder to get (financial) support, which is especially important in the early stages.

The reason for this is that zebras are often caught between two obsolete paradigms, namely being non-profit and profit-oriented at the same time. In many countries, unfavorable framework conditions arise here, which demand – above all – from entrepreneurs what they do not have: time and money. Investors tend to rely on traditional models that they know well rather than on alternative, untested investment models.

Founded in 2005, the e-commerce website Etsy, which specializes in the purchase and sale of handmade products, vintage and artists’ supplies, as well as Basecamp, a company that provides start-ups with comprehensive support in gaining a foothold in Silicon Valley, are just two examples of successful zebras.

As you can imagine, white elephants are visible from far away. They symbolize huge projects without a deeper economic meaning, for example construction projects in the course of major happenings such as sports events. In many countries there are stadiums that are hardly used and decay.

Yet white elephants are also a term for employees in companies who have no real function – even in politics and in companies close to the state this animal species is frequently encountered.

The bulls and the bears

What’s that roar? Interestingly, bulls and bears are housed in two enclosures next to each other. No wonder: They just belong together. While the bulls are a symbol for rising stock prices, the bears are responsible for falling prices.

The historical background: In California these two animals were once let loose on each other during fights.

The bull could win by throwing the bear up with his horns, so he stands for rising prices. The bear, on the other hand, remained victorious when it was able to beat from top to bottom with its enormous paws – accordingly, it stands for falling prices.

Black swans are a particularly rare species. About ten years ago, the stock market expert and philosopher Nassim Nicholas Taleb described these black swans in his book of the same name.

They have been known as symbols for unexpected events for more than 2000 years, when such animals were considered completely unthinkable.

However they do exist, both in nature and in the economy as well as in world history. Black swan events today are unpredictable events with dramatic consequences.

Nassim Taleb is of the opinion that the prediction of such events is almost impossible and that supposed prophets like stock exchange gurus have in reality little to nothing to say.

Of course, each of us would like to have such an animal, because the Cash Cow provides for constant income at manageable costs. If they exist in large corporations, this can sometimes lead to other, less profitable areas being neglected for a long time.

The next animal in the business zoo instills respect: The gorilla is not only strong and impressive in the wild, but also in business. This refers to the dominant companies in an industry which, however, are not monopolists.

Thanks to their dominance of the market, they can risk a lot. No one dares to attack them.

There’s a lame duck sitting there! This term actually comes from the stock market world and describes an investor who can no longer compensate for the losses.

In politics, they refer to politicians who are incapable of taking action, such as the American president from November to January in certain years after a new president is elected and the current term is not yet over.

In the aquarium of the business zoo, one can admire the sharks that make their rounds and are on the lookout for prey. They are a symbol of aggressive, hungry competitors who never miss an opportunity to strike quickly.

And last but not least: The vultures and the locusts

To be discovered in a common enclosure, they are both are symbols for investors such as certain hedge funds, which take over weakened companies only because of short-term profits and are not at all interested in long-term development.

In the end, I was delighted to go back where I started my tour: The zebras are much more sympathetic…