A report by The Chartered Institute of Personnel and Development (CIPD) in the UK has found that companies are struggling in a “supply shock” and having a hard time filling vacancies as fewer EU citizens are coming into the country, the Guardian reports.

The survey found that the number of applicants per vacancy had fallen since last summer across all levels of skilled jobs, and that shortages were forcing many companies to raise wages.

The number of people moving to the UK from EU countries has fallen to its lowest level since 2013, with a net figure for long-term migration at 101,000 in 2017, while in 2016 it had been closer to 200,000. An estimated 40,000 more Romanians and Bulgarians migrated to the UK than left last year, the joint lowest net migration figure for the two countries since the year to September 2014.

“This is feeding into increasing recruitment and retention challenges, particularly for employers in sectors that have historically relied on non-UK labour to fill roles and which are particularly vulnerable to the prospect of future changes to immigration policy for EU migrants,” said Gerwyn Davies of CIPD.

Alex Fleming of the Adecco Group, which helped with the research, added: “With Brexit looming we’re seeing a talent shortage and a more competitive marketplace. In this candidate-short landscape the pressure is on employers to not only offer an attractive salary, but also additional benefits.” 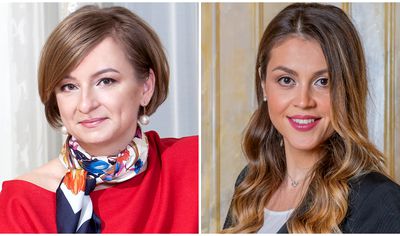 Technical hiring: how to find out the perfect assessment for hiring the best...