Shipping costs have risen by up to 82% in the last year. Romanian industrial companies are severely affected 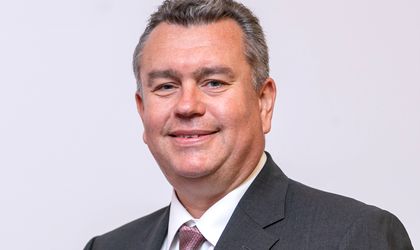 The restrictions generated by the pandemic situation at the global level have led to a significant increase in shipping costs: up to 82% in the last year. The crisis deepened after the appearance of the new variant of Coronavirus, Omicron, and, implicitly, of stricter controls imposed by many countries on the docking of ships arriving from Africa, but also due to the lack of truck drivers. To all this was added a container crisis too. Thus, the companies dependent on international transport have fully felt the exponential increase in costs, but also the lack of any predictability.

“If at the beginning of 2021 the cost of transporting a standard container of about 12 meters (40 feet) from China to Europe was about $ 5,000, it has now reached $ 22,000, in some ports even $ 28,000. So, for loading 20 tons of raw material in a container, the transportation cost increased from $ 250 / ton to $ 1,400 / ton”, explains Alecsandru Rasidescu, CEO of Stera Chemicals, distributor and importer of chemical raw materials, which serves over 1,100 national and international customers.

Why Romanian companies are more affected

Romania is one of the countries most affected by this crisis, as the amount of goods imported here is much smaller than that imported by other Western European countries. Also, in order to reach our country, a transport goes through one or more transshipments, and it has to deal with the congestion of the major ports. Moreover, there is a shortage of small ships operating to ports such as Constanța. Thus, not only the prices but also the waiting times of the increase of the transport.

“We have come to place an order and pay 100% in advance for the goods, in October 2021. The delivery from the factory will be in January 2022, and the reservation on the ship is for February. So, the order will reach us in March 2022, if the weather is favorable and if everything goes well. There is also a possibility to bring the goods earlier, but the costs for space on the first ship leaving the destination are exorbitant “, explains Alecsandru Rasidescu.

Possible solutions to get out of the crisis

Since the onset of the Coronavirus pandemic, the major European economic actors have realized that it is necessary to shift the freight on rail systems to the detriment of sea and air transportation. Thus, in the first 10 months of this year alone, more than 12,500 standard container trains of about 6 meters (20 feet) left China for Western Europe, an increase of 30% over the same period last year.

“In Romania, however, rail transport is not an optimal solution because we do not have a strong infrastructure.” This is another reason why the prices of the final products are rising, the CEO of Stera Chemicals also points out. “Constanța is an expensive port, lacking adequate and modernized infrastructure, and the goods that arrive here must often be sent «on wheels» to the destination cities, given that we do not have enough trains to transport them, and that many municipalities in the country do not have the necessary terminals”.

The development of intermodal transport in the port of Constanța could make the country an important strategic partner for many states, given that the port is one of the main distribution centers serving Central and Eastern Europe, being part of the Rhine-Danube Corridor. Currently, however, from Constanța to the rest of the territory, most of the transports are by road, because the infrastructure of the existing railway terminals is old, their number is limited, with a reduced capacity.

The largest railway terminal in Europe

Meanwhile, in Germany, at the initiative of Duisport, construction began on the largest railway terminal in Europe, the Duisburg Gateway Terminal, a project considered the gateway to the New Silk Road, a fast alternative route for goods from Asia to European countries such as Austria, Switzerland, Italy, Slovenia, Croatia, and Germany.

“This is a terminal that will have an annual capacity of 850,000 containers and that will operate over 100 container trains from China per week”, further explains Rasidescu.

In the meantime, new railway routes have been opened from Zhengzhou-China to Hamburg-Germany. The distance of 10,214 kilometers is covered by trains that can carry up to 44 containers of approximately 12 meters (40 feet) in just 15 days.

The CEO of Stera Chemicals considers that the authorities should not only modernize the port of Constanța but also start negotiations for the opening of a Romania-Asia railway route. Thus, Romanian companies could gain an advantage and could get rid of the unpredictability factor generated by maritime transportation.