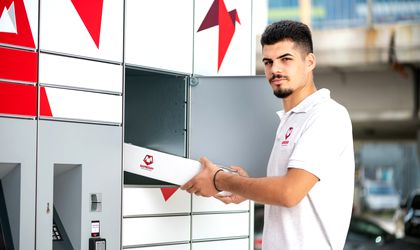 Amidst uncertainties surrounding the armed conflict nearby the country’s border, Sameday Group performed above expectations in the past year. Against all odds, the company exceeded projections for 2022, consolidating its position in Hungary and expanding into the Bulgarian market. The easybox network increased by 58% compared to 2021. Not only-but also, investments in technology and state-of-the-art solutions led Sameday Group to a 38% increase in delivered parcels versus previous year.

2022 – the year for regional expansion

In line with the industry growth in Central-Eastern Europe, Sameday went beyond Romanian borders and launched into the Hungarian market in 2020. By 2022, the Romanian courier company consolidated its position in Hungary, offering local and cross-border delivery services to the country`s residents. In just two years, the number of domestic orders, both door-to-door and at easybox, increased with more than 280% all the while the easybox network reached a number of 680 lockers, all installed in major cities. 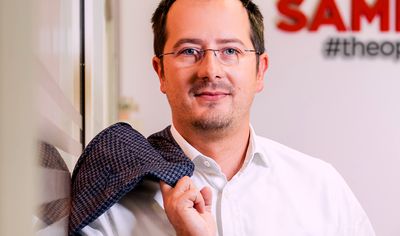 Hungary was a business success story starting from inception. The Bulgarian replica quickly followed in the autumn of 2022. Sameday opened its portfolio of solutions to Bulgarian customers: easybox or door-to-door deliveries, domestic or cross-border. With an increased rate of expansion, in just three months after launch, 135 easyboxes had been installed in Bulgaria accommodating more than 60,000 parcels. By April 2023 plans are to reach a total of 250 easyboxes.

Presently and accounting for all three countries in the company`s cluster, cross-border delivery rates have become similar to domestic ones. This and also adding the unique out-of-home delivery method, Sameday is setting out to redefine the Eastern European e-commerce, trailblazing an unique customer-centric attitude.

27 million parcels sent to easybox this past year in Romania

More than 27 million parcels, representing approximately 47% of all Sameday`s domestic shipments, were delivered at easybox. Of these, 73% had already been paid online. Customers are trusting the easybox service, so the number of those who choose to pay on delivery will be slowly decreasing.

The growing preference for online shopping with delivery at easybox directly reflected the growing volumes of parcels Sameday handled during 2022.

Sending parcels at easybox became the preferred method of delivery for online shoppers in Romania and this is explained by two apparent benefits: the service is more efficient and flexible. The average distance between two lockers in major cities is of only 3-5 minutes on foot, while the pick-up time slot is between 36-72 hours, which gives customers control over their time.

The average time a parcel spends at the easybox is 11.11 hours, and in November 2022, when Black Friday occurs, Romanians bolted to pick up their shopping sprees. During these busy days new records have been set: around a million orders in just four days and an order pick-up by a Bucharest resident one second after his parcel was loaded at the easybox.

“It was a difficult year, we took risks from which we learned a lot of valuable lessons. Sameday is like a machine whose engine is based on technology. The evolution of e-commerce, from which more than 90% of our orders come from, the development of the digital universe and also the attention we pay to technological innovations, all these are grounds to believe that Sameday Group can become the service of choice in the courier industry. 2022 was a year for lessons learned which we will apply in 2023, so that our customers’ needs and expectations will be met with the most effective solutions“, declares Lucian Baltaru, Sameday Group CEO.

Easybox is, so far, our solution that significantly reduces the number of km traveled by the courier and this has a huge impact on reducing carbon dioxide emissions. A door-to-door courier delivers between 100 and 120 packages per day. A courier who has only easyboxes on his route manages to reach 400-500 parcels per day, since for a parcel delivered at easybox there is no need to stop at the consumers’ address. Easybox consolidated deliveries which is translating into fewer vehicle kilometers and fewer stops along the delivery route. Given the average size of an easybox, a driver can deliver over 50 parcels in one stop, making easybox delivery up to 95% more sustainable than home delivery.

Moreover, our zero-paper policy completed by the electric fleet of vehicles and easyboxes with solar panels, bring Sameday ever closer to the sustainability goal: eliminating the carbon footprint for the final (last-mile) segment of out-of-home deliveries.

Just one delivery to easybox saves the carbon dioxide that a tree absorbs in 1.5 years.

Invest to perform is a mantra for healthy business

2022 was a year of major developments for the Sameday Group. More than 50 million euros had been invested in management software solutions, operational services and innovative projects to fulfil the delivery promise to, nearly, a maximum percentage while number of submissions are ever-increasing.

Sameday, the leading-edge Romanian courier company in his region, offers custom software solutions integrating easybox delivery into their client`s own e-platforms. With such advancements and based on financial projections, it is fair to state that the company will close the current fiscal year doubling on its turnover.

A number of solutions were developed to facilitate communication with customers, improve parcel sorting, streamline courier routes and upgrade the easybox software. Investing in hardware solutions, the company was able to increase operational capacity with up to 20,000 parcels per hour.

In Romania, at the end of December 2022, Sameday counted 83 agencies widely spread throughout the country, 5,000+ employees and collaborators involved in business operations and more than 10,000 localities transited by its couriers. Furthermore, the easybox network has expanded by 53%, now offering out-of-home delivery in medium and small cities as well.

Ongoing plans for the current year are as ambitious as could be expected.

In 2023, Sameday remains a customer centric garnering all efforts to improve its value chain with the aim to deliver a flawless customer experience. The recipe for success, in this case, will be a mix of two: a constant application of customers` feedback completed by the integration of new technologies.

Technological development is a leitmotif that dominates Sameday’s operations this year, as the company already mapped numerous innovative tech projects to keep attaining evermore efficiency in its value chain.

Sameday, the newest tenant of the Stefanesti Business Park