A First in Transylvania: DP World invests USD 15 million in an intermodal terminal 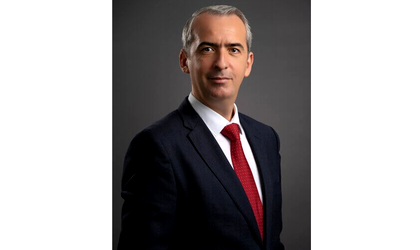 A premiere for the Transylvanian region, DP World invests USD 15 million in an intermodal terminal in Aiud, as the logistics company aims to transform the way goods are transported from Romania to the rest of the world.

The launch of the intermodal terminal in Aiud was marked through a press conference at which local and global company representatives were present in Alba Iulia, including Mr. Cosmin Cârstea (photo), the CEO of DP World Constanţa & DP World Logistics Romania, companies that are part of DP World, one of the largest port operators in the world.

The terminal and the Hub around it will be developed in the vicinity of Aiud. The intermodal terminal will be a modern one, through which the city of Aiud will connect to the rest of the world through the most important freight node in the region – the Port of Constanţa. It will operate direct high-speed trains on the route Aiud – Constanța via a direct railway line.

The terminal will offer manufacturers and distributors in the region – integration of intermodal transport facilities with services such as storage spaces (including temperature-controlled storage), loading and unloading facilities – containers and trailers, commercial spaces and offices, parking lots for trucks (trailers).

It will make it much easier to connect the central part of the country with Constanța Harbour and from there with customers from around the world. DP World Constanța has extended its concession contract with Constanța Maritime Ports Administration until 2049, thus representing a long – term reliable partner, for any company in Romania interested in its services.

The residents of the local communities will benefit from this project and the city will remain unaffected by heavy traffic. The company will offer new jobs together with their project partners.

The current situation of global transport and the multiple challenges in the last 2 years generated a higher demand for containers, while transport by ships has remained a cheaper option than road transport. The port of Constanța compared to other ports is not crowded, so it can respond quickly to customer needs. Hence the opportunity.

With this project, the benefits they will feel will not be limited to cost reduction, but will also include access to the international expertise of DP World employees, as well as to the network of logistics terminals, ports and maritime services managed in DP World network.

The terminal, built by Belgian developer ILD, has a processing capacity of 50,000+ TEU containers / year and a storage capacity: 3,000 TEU containers.

Since 2003, DP World has invested 100 million dollars in its operations in Romania, thus connecting our country, by ships, trucks and trains, especially with Europe and Central Asia, but not only.

The investment in the new terminal, from Decea, will amount to 15 million dollars. The terminal is scheduled to be operational in the first half of the year 2023.

The company builds its investment strategy on a long-term vision. DP World is and will be a strategic partner of the Romanian state.

The use of alternatives to road transport, i.e. rail and sea transport, will reduce the amount of CO2 emitted and decongest road routes. It supports Romania’s contribution to the EU Green Deal policy, and helps it achieve its goals of transporting goods in a sustainable way.