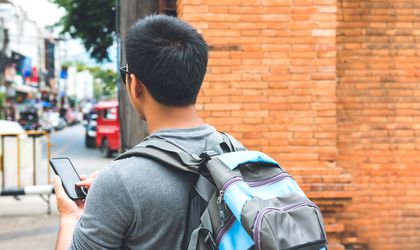 Romanians are still keen to cash payments instead of cards or other forms of payment. A study by momondo reveals that 54 percent of Romanians still pay cash when they travel, being one of the highest percentage of the 24 nationalities questioned.

Only respondents from Germany and Austria outnumber us, 58 percent of the study participants marking this payment option. The ones who use the least cash during their travels are the Norwegians, 75 percent of them saying they use to pay by card or payment apps.

Most Romanians (59 percent) are used to saving money during the year in order to use it when on holidays, just like last year (60 percent). In addition to refraining from not-so-necessary shopping or from eating out too often, an interesting difference is seen in daily transport: of those who are frequently traveling more in their jobs (Business Travelers), 18 percent said that on ordinary days they prefer to walk or use their bicycle to save fuel money for holidays, while only 9 percent of Non-Business travelers use this means of saving. Overall, Romanians prefer to walk or bike 2 percent more than in the previous year and the same 2 percent when compared to the average of all answers globally.

Romanians spend most on shopping during holidays (clothes, souvenirs, and more): 50 percent of respondents said that most of the holiday budget (excepting the accommodation or transportation needed to reach the vacation destination) is spent on buying this kind of things. It is the highest percentage obtained from the answers of all the interviewed nationalities, being almost reached by the Brazilians, of whom 49 percent said the same thing. At the opposite end, only 28 percent of the respondents from France consume a large part of their holiday budget on shopping.

The same amount of money is spent by Romanians on eating out during the holidays, but this percentage is much closer to the average of all countries participating in the survey: 53 percent. The Swedes lead this ranking, 67 percent of the respondents validating this answer.

The momondo study shows that Romanians who plan to spend holidays inside their country in 2020 are 10 percent less than in the previous year.

The most wanted holidays are again those that include relaxing days on the beach, 61 percent of the respondents saying that they want this until the end of the year. Mountain hiking, City-breaks or relaxing in holiday homes are other preferences often mentioned by Romanians participating in the study.

The study was made on data collected in January 2020 through an online survey to 25,200 people from 24 countries, out of which 1000 Romanians aged between 18 and 65, from different geographical areas.