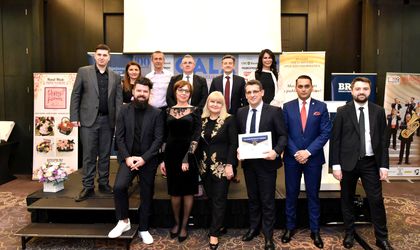 The Top 100 Romania’s Entrepreneurs Gala, organized by the banii.net business portal and Business Review Magazine, revealed this year’s winners during Monday evening’s event at the Sheraton Bucharest Hotel., by releasing the second edition of the “100 Best Entrepreneurs” yearbook.

“A solid economy means an economy in which entrepreneurs build strong businesses. They are the true performers of an economy, the ones who take on risks, make investments, create jobs, and pay taxes. At the same time, they are true landmarks for young men and women who want to develop their entrepreneurial spirit.” Says Ciprian Mailat, Managing Director of Brand Media Production, the company which holds the banii.net platform in its portfolio.

The novelty of this year’s edition of the Gala was the separation of entrepreneurs by their respective areas of activity. Banii.net made this decision in order to offer a better-structured message and celebrate the leaders in each domain.

Thus, entrepreneurs were scored based on five judging criteria, each receiving between 1 and 5 points. Both the entrepreneur’s and the company’s notoriety was taken into account, as well as the business value and the evolution of its profit and turnover. Another factor was the number and employees and social involvement. 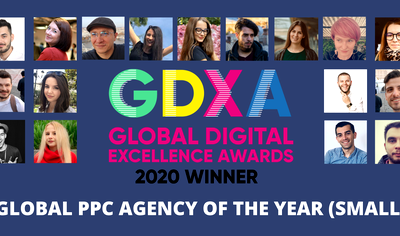 The first prize was awarded to Daniel Dines, founder and CEO of UiPath, who scored a total of 22 points, followed by Anca Vlad, founder and president of Fildas-Catena and Dragos and Adrian Paval of Dedeman, and Iulian Stanciu, founder and CEO of eMAG, who received 21 points. The 5th place was taken by Gruia Stoica and Vasile Didila of the Grampet – GFR group, who scored 19 points.

With 18 points, Florin and Mariuca Talpes, founders of BitDefender, Adrian and Neculai Mihai and Felix Patrascanu of FAN Courier, and Nawah Salameh, founder and president of Alexandrion, came in next, while the top 10 was closed by Dan Sucu, founder of Mobexpert and Dan Ostahie, CEO Altex Romania.

13 awards were also given to top entrepreneurs and managers during the Gala:

The Business Champions of 2019 | Discover the winners of Business Review Awards...

Business Review Awards | Today is the day we celebrate the business champions...