Superbet estimates revenues of over EUR 180 million in 2018 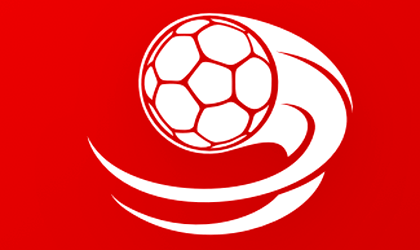 Superbet, the largest sports betting operator in Romania, estimates a turnover of EUR 180 million in 2018. As it celebrates 10 years on the Romanian market, the company has reached over 1,000 agencies, operations and offices open to six markets and an online business that generates half of its turnover.

The most consistent investments that the company has made have been directed to the development of the online division. Superbet acquired three technology companies in 2018 – two in Croatia and one in the UK (artificial intelligence), for which it paid around EUR 20 million. At the same time, for the integration of the three acquisitions, a few more millions of euros were internally invested.

“Strengthening the leadership position in the local sports betting market and expanding operations in Poland, where Superbet launched direct operations last year, along with the boom in the online business component, were the main milestones of the Group’s track record this year,” says Vlad Ardeleanu, general manager of Superbet Romania.

Another direction within the group is the development of franchise partnerships under the GoBet brand. In 2018, this division has grown to as many as 200 partners across the country, with the goal of reaching 1,500 partners by 2021.

“The second strategic line in the evolution of Superbet that we will continue in 2019 is to link our brand to supporting Romanian sport through the most consistent and long-term initiatives,” said Ardeleanu.

The Superbet Group is today a sponsor of both Superbet and GoBet brands for teams from all four Leagues in the domestic soccer championship – Politehnica Iasi, Poli Timisoara, Rapid Bucharest, Steaua Bucharest, FC Arges Pitesti, etc. The company also sponsors the basketball team Dinamo Ştiinţa and all Dinamo (BikeExpert) for cycling. It recently supported Mihai Leu in the Super Rally National Championship and supported Catalin Morosanu in his Dynamite Fighting Show soul project. At the same time, it sponsored the ATP Sibiu tennis tournament, together with local authorities in organizing Marathon 1 December, specially designed to mark the Centenary Year. And it remains in 2019, the most consistent sponsor of the Bucharest School Chess Sports Club.

From December 1, 2018, the Superbet group, one of the largest employers in the industry with its over 3,500 employees, has decided to increase the wages of its operators. Thus, the December salary increases by 180 lei gross, reaching between 1,700 and 2,700 lei net, by adding bonuses and Christmas bonuses. This addition is also paid for overtime and other bonuses that Superbet employees receive.

And all in 2018, he gave the Superbet two important distinctions. First – Superbet won for the second consecutive year the CEEGC Awards 2018 (an “Oscar” of the industry), being named “Best Sports Betting Operator in Central and Eastern Europe” and “Best Service customer support “. The second for “The most prominent climb in the field of gambling”, a prize awarded to one of the co-founders of the company, Augusta Dragic.

Superbet is the largest gaming operator in Romania with a retail network of over 1,000 agencies across the country and nearly 15 million monthly bets placed. In 2017, the company became the first sports betting company on the AeRo Alternative Exchange, following a bond issue of RON 9.6 million sold to Romanian investors.

Currently, outside of Romania, Superbet has opened offices and operations in six countries such as Poland, Austria, Serbia, Croatia, Malta and the UK. Superbet was founded in 2008 by Sacha Dragic, who today is CEO of the entire group of companies under the umbrella of the Superbet Group.