Study: Medicine and economics among the top fields of study sought by young Romanian women 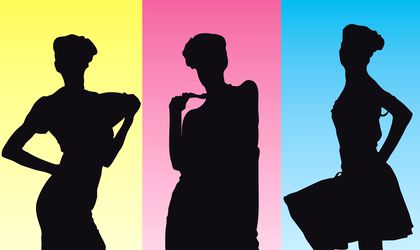 Most young women in Romania have already thought about the career they want to pursue, according to a study carried out by L’Oreal Romania with the help of research agency Reveal, which found that two out of ten young women are considering a science-related career, but only 1.5 percent of them are interested in working in the field of scientific research.

The survey was conducted among young women between the ages of 14 and 19 in urban environments, 87 percent of whom said they’ve already thought about their future careers. They say the main influence on their decision are their parents, and most of them are planning to study medicine or economics, but would also consider subjects such as psychology, sociology, communication, marketing or political studies.

How do young women in Romania choose their careers?

When asked about the underlying reasons for their choices, most respondents were found to be pleasure seekers, claiming that the chosen field is the one they like (70.6 percent, especially in the 18-19 year-old bracket). The second reason they cited was that their choice was a field that suited them (38.9 percent), and the third is related to the competitive salaries in their chosen field (28.1 percent).

When choosing a career, most Romanian girls are influenced by parents (63 percent), by people close to them, but also by their teachers and the public figures they admire.

As for the information sources they use to get informed about careers or specific fields, the official sites and Facebook pages of the universities (60.1 percent) are used most often, followed by the schools the young women attend (45.4 percent) and their friends or acquaintances (40.1 percent).

The top spontaneous choices made by young Romanian women are Medicine (16 percent) and Economics (13.7 percent), followed by three fields ranking closely to one another: Police, Army or Gendarmerie (10.7 percent), Psychology, Sociology (10.5 percent) and Informatics, Cybernetics (10 percent).

How many young women in Romania are considering a career in science?

The study found that two out of ten respondents were considering pursuing a career in a scientific field, but only 1.5 percent of them were interested in scientific research. Their motivation was strong – they would follow this path out of their desire to contribute to development and progress, to discover interesting things, to get satisfaction from knowledge or for the stable future science could offer to women.

On the other hand, young women who thought pursuing sciences wouldn’t be the best idea said they were wary of the large volume of work such a career would involve, the need for continuous learning and training or the fact that they were interested in other fields.

Asked about the things they associate with the word science, half of the respondents spontaneously mentioned the word intelligence.

The results of the study were prepared for the closing ceremony of the L’Oréal private scholarship program – UNESCO for Women in Science, which awards young researchers with special merits. The answers were gathered by Reveal Marketing Research in October 2018 among 406 respondents aged 14-19. The research method used is CAWI, a standardized online questionnaire surveying randomly selected individuals, representative of the national sample.