Study: 60 percent of employees plan to change their jobs in the next six months 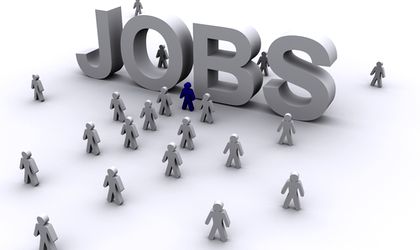 Six out of ten employees (60 percent) in Romania are planning to change their jobs in the next six months, according to a study conducted by eJobs. The lack of feedback after interviews and the length of the recruitment process are the main complaints made by the employees.

According to the study, only 3 out of 10 employers provide feedback from job interviews. Also, four out of ten employees complain that they do not receive any response after interviews.

“Moreover, 70 percent of the respondents said they would never apply in the future for a job open to a company with which they had such experience – they went to interviews and did not receive any kind of to answer. In other words, it is reconfirmed that feedback is the main “retention” of candidates and that its ignorance brings major servicemen to reputation as an employer. In the long run, it may prove to be the biggest hindrance to bringing valuable people to the company,” says Bogdan Badea, CEO at eJobs Romania.

On the other hand, ask about the main criteria according to which the employer chooses, 86 percent of the respondents put the salary and benefit package at the top of the list. Almost equally important (84 percent) is the company’s reputation – a criterion whose importance increases from year to year. For 73 percent of the work schedule counts, 72 percent mention the company’s flexibility, and 16 percent mention for the first time the views of the current employees about the company and the way the company is concerned about their well-being.

“If these are general criteria that predetermine candidates’ choices, when it comes to the practical example of the most recent engagement, 73.4 percent of respondents say they were persuaded to apply or accept a job by the reputation it has in the market. For 66.4 percent the first interview with the recruiter was the most important, while 53.4 percent ​​mentioned the opinions of former and current employees – that is, a form of organizational reputation,” adds Badea. 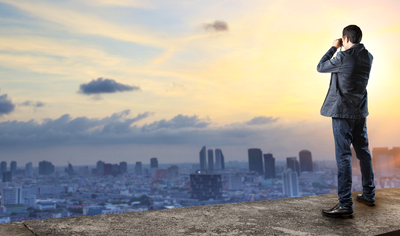 When asked about what is most appreciated in a recruitment process, 65 percent put the relevant questions in the interviews first. Follow the quick feedback from recruiters and detailing the employment announcement. 32.4 percent of respondents appreciate when the salary is specified in the ad, and 30 percent expect the recruiter to answer technical questions related to the job description.

“The topic of wage transparency is becoming more and more current and we are approaching fast with this step. This has recently been confirmed by the impressive number of people who visit Paylab.ro, the first payroll comparator in Romania. In just three months, more than 50,000 employees went to see how they are positioned on the salary market,” says Badea.

Another conclusion of the study is related to how candidates want to be approached by employers.

“In 2018, and certainly for a long time now, candidates and employees want to see a very human and personal approach to employers, which is why when I make any assessment of them the first issues they mention are those that are strictly subjective. For example, wondering why they left the last job, 52 percent said they were not happy and motivated. 35.8 percent did not feel appreciated, and 31.3 percent were dissatisfied with the salary. Ensuring employee satisfaction is also the main recommendation they have to do for the HR department, as the study shows,” says Badea.

Employee alarming signals are all the more important for companies, as 63 percent of them plan to change their workplace in the next 12 months and only 3 percent are determined to stay in the current job for a longer period 3 years. In front of the decision to leave the company, only direct manager (29.1 percent), teammates (20.9 percent) and CEO (20.6 percent) could have an influence on employees. Only 4 percent say the HR Manager might be back off the road.

The study was conducted between August and September 2018 on a sample of 1,300 respondents.

Survey: Almost 88% of employees in Romania believe that offices will exist in...