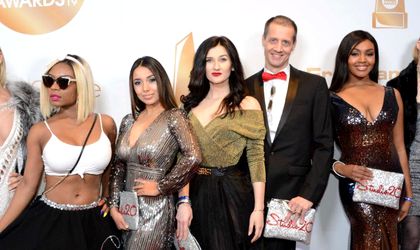 Glamour business Studio 20, the world’s largest video chat franchise, had a total network turnover in 2018 of nearly USD 20 million and it is still growing in business volume and number of models, according to Mugur Frunzetti, owner of the Studio20 franchise.

When the franchise was launched, Frunzetti set a goal to reach at least 50 franchises worldwide by 2020. Currently, Studio 20 has 19 headquarters in the world, with the latest inaugurated this year on January 14 in Constanta.

“We are confident that we will achieve the objective we have set for ourselves, we are on the way to reaching 50 headquarters by the end of 2020. If at first we opened cores in the states of interest, such as Bucharest for the Romanian market, Los Angeles for the United States market, Cali for the market in Colombia and Budapest for the Hungarian market, we have now reached 19 headquarters, inaugurating its last headquarters just a few days ago, in Constanta on January 14. During this year we planned to open some based in three other countries: Spain, Canada and Argentina,” said Frunzetti.

Studio 20 has completed the “Work in Romania We Pay You In America” ​​project, currently offering a gross minimum wage of  USD 1,250 per month and a gross average salary of over USD 1,500 for the support, training, marketing and management team in all its headquarters.

This project came as a result of the imbalance of the domestic economy, with employees going to other countries to have a decent living, and Romania, according to statistics, is one of the EU countries that offers little employment opportunities for students and college graduates. As a solution to this major problem, Studio 20 has decided to increase the gross minimum wage.

From the start of the franchise to date, Studio 20 and its franchisees have invested EUR 5 million in studying, engineering, business modeling, and marketing.

“In a highly dynamic and super-competitive market with players from all corners of the world, a market that only exceeds EUR 500 million in Europe, Studio 20 has become the world’s largest player. Practically, it is the only Romanian business a global market. For 2019 and 2020, we will accelerate global expansion, gradually turning ourselves into an international company where over 50 percent of revenue will come from outside Romania,” said Frunzetti.