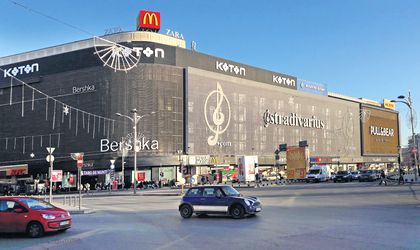 Stanbox company asks 5 milion euros from Unirea Shopping Center (USC) even if the retail shop was closed for 12 years and does not have property rights or construction authorizatuin for it, according to “Romania Libera” daily newspaper.

“Prior to privatization, in the ’90s, a misterious two stories building rose in the inside yard of USC, a building that did not complied with the temporary building permit issued for a one story building. For the next 13 years, throughout 2005, on that building Stanbox Music operated illegaly, without own contracts with utilities providers, without ISU or any other authorizations. Also, Stanbox does not own the building for wich is claiming compensations and did not had it tabulated. USC had made many complaints about the illegal status of that building to state authorities and Stanbox abandoned the place only to seek fraudulent ways to obtain m0ney from us”, says Adrian Burlacu, communication officer  for The Nova Group, the holding company of Unirea Shopping Center. More precisely, Stanbox started to sue USC for not giving them acces to the shop, though the retail space has its own separated entrance, and asking for huge compensations.

Initially, Stanbox obtained in court compensations worth 10 milions lei, but moved forward and is now claiming 26 millions lei on shaky market and business audits. More on the story on “Romania Libera”