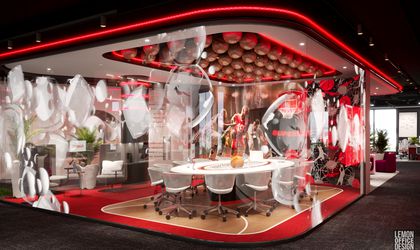 In 2022, Superbet has improved its ranking for the fourth year consecutively, arriving in the 11th position among the 50 most powerful global companies in betting & gaming sector. Fortuna Entertainment Group, Superbet’s local competitor, remains in 12th place for the third year consecutively. The Group has made a solid progress this year as well and it is one position away from entering the top of the most powerful ten companies in 2023.

The most influential publication of the global profile industry, EGR (eGaming Review) has launched this mid-December its traditional EGR Power 50 – the annual top comprising the 50 most powerful companies in the global betting & gaming industry. The largest sports betting operator in Romania jumped five positions in 2022 compared to 2021 (16th place) and 17 positions compared to 2020 , when it ranked 28th.

EGR’s 19th annual snapshot of the global online betting & gaming sector provides a rundown of the power players in the sector and how they stand up against rivals and competitors. The criteria for where a company ranks has stayed the same as in previous years. Each operator is marked against four categories: geographic reach (an adjustment factor is used for those with significant grey/black market risk), strategy and impact, market influence and leadership, and financial power.

The Superbet Group entered the EGR Power 50 for the first time in 2018 in the 49 position. For the next just four years it has registered a spectacular leap of  38 positions in the global hierarchy in the sector, turning into the strongest player within Eastern Europe, as EGR Power 50 remarks. By comparison, Fortuna Entertainment Group, one of Superbet’s main competitors in Romania and in the region, has been stagnant for two years in a row occupying the 12th position after jumping just 2 places since 2019. 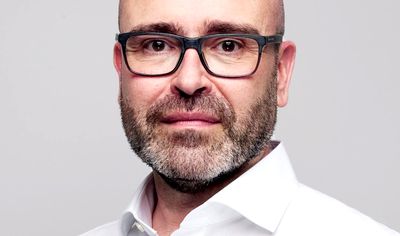 This performance of the group founded by Sacha Dragic in 2008 was marked by two major milestones – one was Blackstone, the American investment fund, aquiring a minority share equity in Superbet Group in 2019 and the second was the acquisition, in 2021, of the sports betting company Napoleon Sports & Casino, the third largest player in Belgium. After this aquisition, the biggest transaction ever made by a Romanian company abroad, the Group surpassed its unicorn stage.

During this current year, the company consolidated its growth, marked by a significant advance of digital platforms compared to its retail business. With a double-digit increase in revenues in 2022 compared to 2021, when it reached 600 million euros, and with investments in technology of 150 million euros during the last four years, future plans are focused on adapting to new opportunities existing in the market and the integration of technologies that will shape the future.

Happening – the strategic advantage of your own technology

With the ranking, EGR editors also noted the emergence of Happening, through which the group will consistently increase its technological advantage in the gaming sphere. Under the Happening umbrella, launched in November 2022, Superbet has united all its international technology and product teams, which total more than 500 specialists. The new division’s mission is to develop a technology platform that can rival projects that can be found in Silicon Valley, according to EGR magazine’s description.

Happening is headed by Bruno Kovačić, the current chief technology officer of Superbet Group. The amount of investment Superbet has allocated to technology and digital products over the past four years has reached EUR 150 million, and the plan is to continue this strategic approach. Therefore, approximately EUR 100 million more will be invested in this division over the next three years.

Innovation will be the main vector through which the technology platform developed by the Happening teams will materialize the vision of the founders and management – the globalization of Superbet’s success. The current 11th place in the global ranking is a sign that the direction is the right one.

Romanian top football league will be named Superliga as SuperBet becomes the official...

Garry Kasparov, the greatest chess player in the world, comes to Bucharest to...