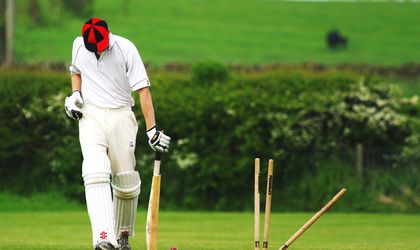 Sony Pictures Networks India has signed a three-year broadcasting deal with the Pakistan Cricket Board (PCB), making them the fifth cricket board to do so and rounding out an increasingly impressive-looking cricket portfolio.

The deal gives Sony the right to broadcast all of Pakistan’s home international Tests, One-Day Internationals, and T20-Internationals as well as the entire Pakistan Super League T20 competition. In signing the deal, the PCB joined the England & Wales Cricket Board, Cricket Sri Lanka, Cricket Australia, and Cricket Ireland to have all signed similar deals with Sony in recent months.

The move was a necessary one for Sony to make after losing the rights to Cricket South Africa broadcasts to Star Sports. Cricket West Indies’ Sony deal also lapsed in March last year but has not been picked up by any rival broadcasters despite the rights being available for almost ten months.

“The PCB welcomes Sony Pictures Networks India to its list of elite broadcasters who will have rights to Pakistan’s bilateral series and PSL 2021-23. Through this partnership, cricket fans in South Asia will be able to follow and enjoy high-quality cricket action in Pakistan across all formats featuring some of the finest modern-day stars,” PCB Chief Executive Wasim Khan said in a statement.

Besides gaining access to Pakistan’s international games, securing the rights to broadcast the PSL across the Indian sub-continent is a big get for Sony as they look to pick up their challenge against Star Sports as the top cricket broadcaster in the region. T20 tournaments are always a big hit with fans, and the PSL adds that element for Sony, who also have the rights to the upcoming Lanka Premier League and Abu Dhabi T10.

Star Sports hold the rights for the Indian Premier League (IPL), which remains the biggest T20 competition globally. Still, the popularity of the PSL has been growing impressively since its inception in 2015. The PSL’s growth in popularity means there are many top bookmakers, such as bet365 cricket betting, with competitive odds for the upcoming matches that begin on 20 February.

Pakistan cricket has been in the news for all the right reasons for the last few months. For many years, most teams around the world have declined to tour the country due to security concerns. However, those have been resolved of late, and other countries have begun visiting again.

For example, the two-Test tour by South Africa played in January and February was the first time the African nation had been to Pakistan in 14 years. They are only the fourth nation to do so, after Sri Lanka, Bangladesh, and the West Indies since 2009.

This new swell of support for Pakistan cricket will do wonders for viewership numbers from territories worldwide as cricket fans delight in the effective reopening of the country. As a result, Sony’s move to pick up broadcasting rights should prove to be a very wise one when all is said and done.

It remains to be seen whether Sony will compete for the remaining available rights, including Cricket West Indies, Bangladesh Cricket Board, and the Afghanistan Cricket Board, or whether their business is done for the time being. Aside from Star Sports, Amazon streaming services became a new entrant in the market after purchasing the rights to New Zealand Cricket’s matches. At the same time, FanCode has the rights to several smaller cricket boards and some minor individual series.

In addition to the sale of broadcast rights, the Pakistan Cricket Board (PCB) has also penned several major sponsorship deals due to recent events, including with the likes of Pepsi and Brighto Paints.