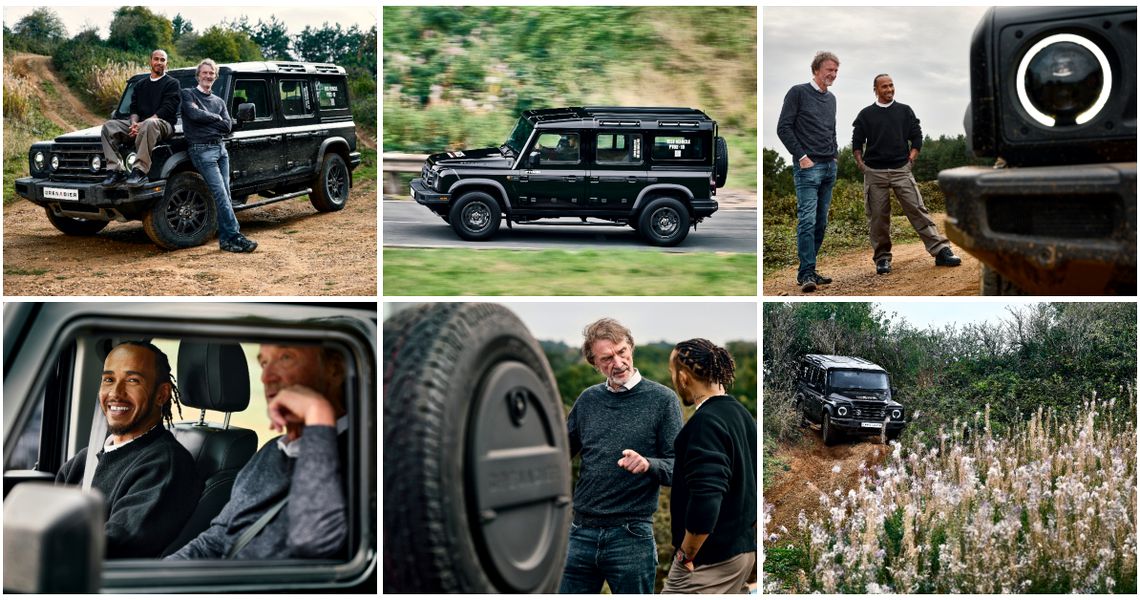 Seven-time Formula One World Champion Sir Lewis Hamilton completed one of the first on-road drives in the INEOS Grenadier, with INEOS chairman Sir Jim Ratcliffe strapped in alongside in the passenger seat. The Mercedes-AMG Petronas driver, took one of the first opportunities to give the Grenadier 4X4 a no holds barred shakedown on- and off-road, outside INEOS Automotive.

INEOS chairman Sir Jim Ratcliffe took the passenger seat as Sir Lewis got behind the wheel. In a video released today, we see the seven-time Formula One World Champion steering the Grenadier across a variety of on- and off-road terrain.

“I’m genuinely enjoying driving this car,” Sir Lewis Hamilton said. “It’s very comfortable considering some of the huge dips we were driving down… I was pretty much flat-out around the course. I’m massively surprised at how much grip there is.”

Sir Jim Ratcliffe said: “The Grenadier was designed to be good off-road, but we didn’t know it was going to be as good as it is on the road. I can definitely say I don’t think anyone has ever driven it like Lewis drove it.”

The Grenadier has completed 1.1 million miles of extreme testing and development in Death Valley, USA, the dunes of the Middle East, the Arctic Circle and the notorious Schöckl mountain in Austria.

Tuned to all environments, the Grenadier is a modern 4X4, engineered and built to world-class standards. It features a box section ladder frame chassis, permanent four-wheel drive, two-speed transfer case and centre locking differential on all models.

INEOS is also the principal partner to the Mercedes-AMG Petronas Formula One team.