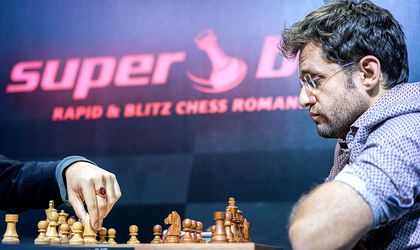 Garry Kasparov, one of the greatest and most renowned chess players of all time will kick off the Superbet Chess Classic Romania 2021 in Bucharest, the First Leg of the 2021 Grand Chess Tour. The Opening Ceremony aims to celebrate the educated mind and inspire young people to renew their spirit through chess in the pandemic aftermath.

The first leg of the 2021 Grand Chess Tour (GCT) circuit – Superbet Chess Classic Romania 2021 – will take place in Bucharest, June 5-14, 2021, and will be inaugurated on June 4, with an Opening Ceremony dedicated to the educated mind and honored by the extraordinary participation of one of the world’s greatest chess players of all times, multiple-time World Champion Garry Kasparov. The Opening Ceremony aims to send young people, as well as chess aficionados and the general public, a message of confidence and renewal of their spirit after the difficult experience of the pandemic, summed up in the event’s tagline Change your life. Make your Move. With Kasparov.

“Together with Garry Kasparov, we want to encourage the young generation to discover chess as a sport of the mind and as a tool for education and self-education to cope with the most difficult moments young people may face in their lives. We want to inspire young people to look for successful role models who can help them make the right choices in life, ”said Augusta Dragic, President of the Superbet Foundation, co-organizer of the opening ceremony and tournament.

The Opening Ceremony will take place on June 4, starting at 1:00 PM (EEST), at Face Convention Center (Piata Presei Libere, 3-5, Bucharest), and will begin with the press conference, presentation of the players and drawing of lots, followed by a VIP Guest making the ceremonial first move in a game with Garry Kasparov, and a series of happenings with the participation of the 10 chess players confirmed in the field for the tournament, alongside the legendary Garry Kasparov. The event’s full agenda will be communicated soon.

The field for the Superbet Romania Chess Classic 2021 in Bucharest is finalized as follows: