Orlin Alexiev Prepares for his Third Participation in the Dakar Rally 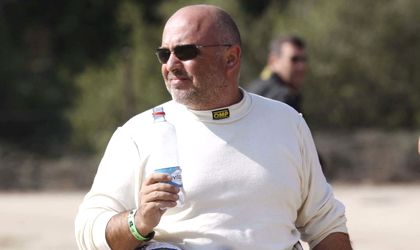 Orlin Alexiev is planning to compete in the Dakar Rally for the third time under the guidance of Todor Hristov. The race will be held in Saudi Arabia and consist of 12 stages over 13 days, including about 7,500 kilometers in the desert alone.

The former Municipal Councilor for the political party GERB, Orlin Alexiev, is planning to take part in another Dakar Rally in 2023. It will be his third time participating in the competition. He plans to return to the race tracks with a new type of vehicle, the Can-Am Maverick X3 1000. Dakar Rally 2023 will be held in Saudi Arabia, and Alexiev will be navigated by Todor Hristov.

Alexiev took part in the Dakar Rally for the first time in 2013 in South America with Plamen Nikolov as his navigator. The tandem finished 61st in the overall car rankings and 17th in his class with the BMW X1 Proto. With this competition, Alexiev became the first Bulgarian to finish with the highest ranking so far. At that edition of the Dakar Rally, there were more than 200 participants.

The 35th edition of the toughest Dakar 2013 race started in Peru on January 5, crossed Argentina, and finished in Chile on January 20. During the two weeks of the race, the Bulgarian participants completed 8000 km of racing on extremely difficult stages, crossed the Andes at 4,800m high above sea level, and finished successfully in the Chilean capital, Santiago.

Before taking part in the Dakar Rally 2013, Alexiev had won second place in the Balkan Off-Road Cup, as well as many competitions at the National and Eastern European Championships in Greece and Bulgaria. The second Dakar Rally in which Orlin Alexiev participated was in 2014. Again, he was accompanied by Nikolov. This time, the tandem did not complete the marathon due to technical difficulties. This was the case when 1.4 tons of cocaine was found in one of the service trucks. Despite some media reported that it was Alexiev’s assistance vehicle, it was later revealed that the drugs were found in the car of a major Spanish team.

In 2023, Alexiev is planning to participate in the Dakar rally for the third time. He will be assisted by a new navigator, Todor Hristov who is actually one of the first Bulgarians to take part in the ATV race. In 2011, he participated in a competition in Buenos Aires along with Petar Tsenkov, but a severe injury prevented him from completing the race. Until now, Hristov has taken part in the Dakar Rally twice with ATV and once as manager of the Bulgaria Off-Road Team.

Orlin Alexiev and Todor Hristov will begin their preparation for the Dakar rally by competing in the Samokov Trophy. The Off-Road Round of the National Championship will take place in Samokov City from October 1 to 3. Alexiev’s vehicle, Can-Am, meets all the requirements for cross-country racing, with its adjustable suspension and 200-horsepower motor.

In addition to Bulgarian competitors, the Samokov Trophy will welcome participants from other countries such as Romania and Greece. Over 50 crews from various classes are expected to take a place in the event. During the three-day competition, they will have to cover over 500 racing kilometres. On Sunday, October 3rd is expected to be a culminating moment when the race track on the legendary Rido motorcycle range will be closed.