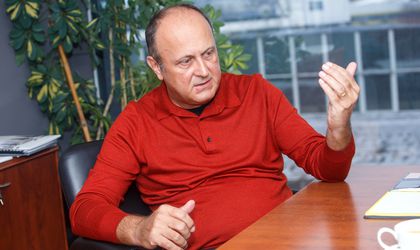 Well known Romanian entrepreneur, Dan Șucu, the president and owner of Mobexpert and one of the jury members of the Imperiul Leilor TV show (the Romanian version of the international Dragons’ Den format), announced his plans to invest EUR 5 million in the youth facilities of Rapid Bucharest Football Club, and his intention to also become a partner of the senior team of the same club, in an interview with gsp.ro.

The current collaboration between Dan Șucu and Rapid Bucharest has two directions, the entrepreneur says: a football school for grassroots sports and a performance academy, but he is ready to expand the partnership to the senior team also.

“I wish for a winning and child-friendly Rapid. If we go down this line, I will help a lot. I’m already a sponsor for the youth teams. We’ve also had discussions for the senior team. The condition would be to understand that besides the sports targets, we also need to have a social target.” Șucu says.

Șucu already owned the two training facilities used by the Rapid senior and youth teams: „Coresi,” bought by the entrepreneur for EUR 2 million, and „Constructorul,” bought for EUR 3 million. 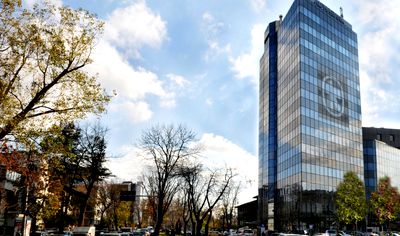 “I’m a parent, I know the problems I had with my boys when they were younger and you didn’t have anywhere to take them to sports. And I decided to do something about it. I identified about a dozen abandoned sports facilities in the north of Bucharest alone. I wanted to partner with an owner, but I couldn’t. So I decided to buy them myself. Two of them. The other ten, ask the Sports Minister what he’ll do with them.” Dan Șucu explains.

Planning “absolutely modern” youth facilities for up to 700 children

“When we bought the “Coresi” base, there were 100-120 children training there, and when it will be ready, I want 700 children to train there, in absolutely modern conditions.” Șucu told GSP. “This means an investment of around EUR 5 million in both bases (Coresi and Constructorul), i.e. pitches, infrastructure, changing rooms, training rooms, rehabilitation rooms, physiotherapy rooms, for all age groups.”

“At “Coresi” I would like to create an initiation football, a grassroots NGO called Rapid Football School. And at “Constructorul” we will bring 400 children, some of them for grassroots sport, and others for the elite Rapid Academy. Everything will take place under the umbrella of this traditional club, which has a strong social component.” He continues.

“Most people who run big companies have in their DNA the idea of building something special. In our football, apart from Hagi (editor’s note: owner and manager of Farul Constanta football club and founder of the Gheorghe Hagi football academy), most people are opportunists. It’s an area of opportunism, amateurism, and confused politicians. You don’t really want to get fully involved as a businessman. But if you find a social purpose, as I did, things change. Rapid has a social component, and I’m interested in developing it. Bringing thousands of children back to sport, to football, is a goal that challenges me. To bring Romanian sports back to where it was is a worthy goal for someone who has built something in life.” Dan Șucu believes.