Garry Kasparov, the greatest chess player in the world, comes to Bucharest to kick off the first stage of the Grand Chess Tour 2022 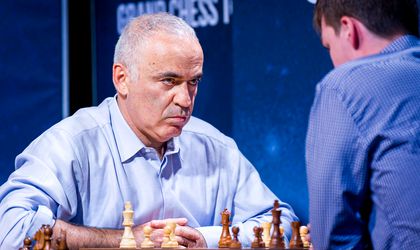 Garry Kasparov, multiple-time world champion, will attend the event in Bucharest and kick off the first stage of the international competition Grand Chess Tour 2022, one of the top chess tournaments worldwide, which includes the participation of 10 of the greatest chess players in the world (according to FIDE ratings), as well as Romania’s best chess player at the moment.

Garry Kasparov, multiple-time world champion, considered the greatest chess player of all times, arrives in Bucharest on 4 May, to participate in the opening ceremony of this first stage of the GCT tour. The event is dedicated to chess afficionados; it also conveys a message of trust and hope, celebrating life and peace and the universal values, while also being an homage to those who serve the greater good, under the slogan “Uniting Minds”.

“We are delighted to announce that, for the third time, 10 of the best chess players in the world go head-to-head in a global competition organized in Bucharest. The presence of Grandmaster Garry Kasparov in our country, to kick off the Grand Chess Tour, represents both a great honor, and an extraordinary opportunity to encourage all youngsters to discover the secrets of this mind competition,” stated Augusta Dragic, chairperson of Superbet Foundation. 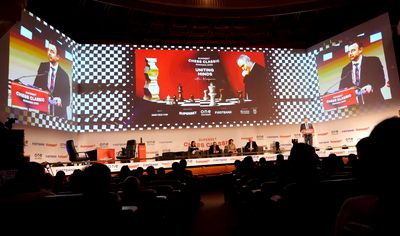 The opening ceremony will begin at 4 PM, at the Palace of the Parliament, and will introduce the tournament and the players, will select the players enrolled in the competition by random draw, all followed by a first chess move of the international Grandmaster Garry Kasparov versus a special guest, a Q&A session for the media, and a series of special moments with the guests, including the 10 Grandmasters and Garry Kasparov. The chess competition will take place at the Sheraton Hotel in Bucharest, between 5 and 14 May. The final agenda will be communicated at a later date.

The Bucharest stage consists in classical chess tour, during which the participants will play each versus the other, and the winner will be decided based on the accumulated score. The prizes of this stage amount to 1.4 million dollars.

The Romanian Chess Federation is the co-organizer and partner of the Bucharest competition together with the Superbet Foundation. Romania currently ranks 27th out of 186 countries worldwide, according to FIDE rankings.