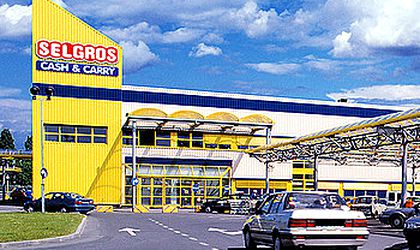 Selgros Cash&Carry Romania has bought land for a small-sized store in Alba Iulia, western Romania, the company has announced.

The store will be completed in early autumn and it will be the second unit of this kind after the first one which is going to be opened soon in Targu Mures, said company representatives. The new stores have a sales area of 4,000 sqm compared to a 10,000 sqm for a usual Selgros Cash&Carry unit.

“It is a good time to resume expansion on the local market given the positive evolution of consumption and of our sales,” said Alexandru Vlad, the CEO of Selgros Cash&Carry Romania.

Selgros Cash&Carry is part of Swiss-based Transgourmet Holding AG. It has been active in Romania since 2001 and it presently operates a network of 19 cash&carry units in Bucharest and 14 other cities.