Romania’s population dropped by almost 40,000 persons in 7 months due to demographic crisis 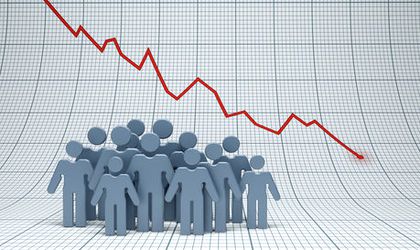 In January-July 2019, Romania’s population fell by 38,651 inhabitants as the number of births declined by 10.5 percent to 103,714 while the number of deaths slightly increased.

Last year, Romania’s population declined by 73,293 inhabitants, the equivalent of large city like Bistrita, due to demographic factors, as the number of deaths continues to exceed the number of births, National Institute of Statistics (INS) data show.

The economic growth in Romania could slow down below 4 percent in Romania in 2019 and in the next two years, and one of the major factors is the shrinking working-age population, according to “Global Economic Prospects” report released by the World Bank.