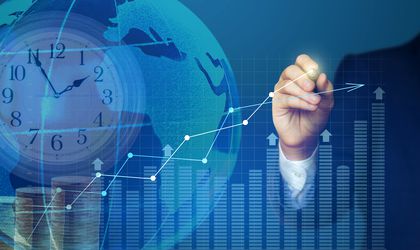 Automobile Dacia, OMV Petrom, Rompetrol and Kaufland are the biggest companies in Romania, with turnovers over the RON 10 billion in 2017, but around twenty local companies have businesses of over EUR 1 billion, Ministry of Finance data show.

Automobile Dacia, owned by French group Renault, is the biggest company in Romania, posting a total turnover of RON 23.14 billion (EUR 5.07 billion) in 2017, up 11.5 percent from the previous year.

Dacia produces passenger cars like Logan, Sandero and Duster at its manufacturing plant located in Mioveni, Arges County. The company had more than 14,000 employees in 2017.

OMV Petrom Marketing, a local subsidiary of Austrian group OMV, is the second-largest company in Romania, with a total turnover of RON 15.06 billion (EUR 3.3 billion) in 2017, up 4.6 percent from 2016.

The company, which runs OMV Petrom’s fuel distribution network, registered a decline of its net profit by 17 percent in 2017, to RON 320.5 million.

OMV Petrom, the other important subsidiary of OMV in Romania, is the third largest local company, with a turnover of RON 14.76 billion last year, up 18 percent year-on-year.

OMV Petrom manages the upstream businesses of OMV in Romania and increased its net profit by 164 percent to RON 2.4 billion.

It should be noted that OMV Petrom Marketing is a major client of OMV Petrom, so their businesses are closely related.

Rompetrol Rafinare, the company that runs Romania’s biggest oil refinery in Navodari (Black Sea coast), is the fourth largest local company, with a turnover of RON 11.19 billion (EUR 2.45 billion) in 2017, up 28 percent compared with the previous year.

Kaufland Romania is the biggest local retailer, with almost 14,000 employees, and the fifth largest company in the country, with a total turnover of RON 10.09 billion (EUR 2.2 billion) in 2017, up 4.1 percent from the previous year.

The company, owned by a German group, saw its net profit rising by 2.6 percent last year to RON 670.3 million.